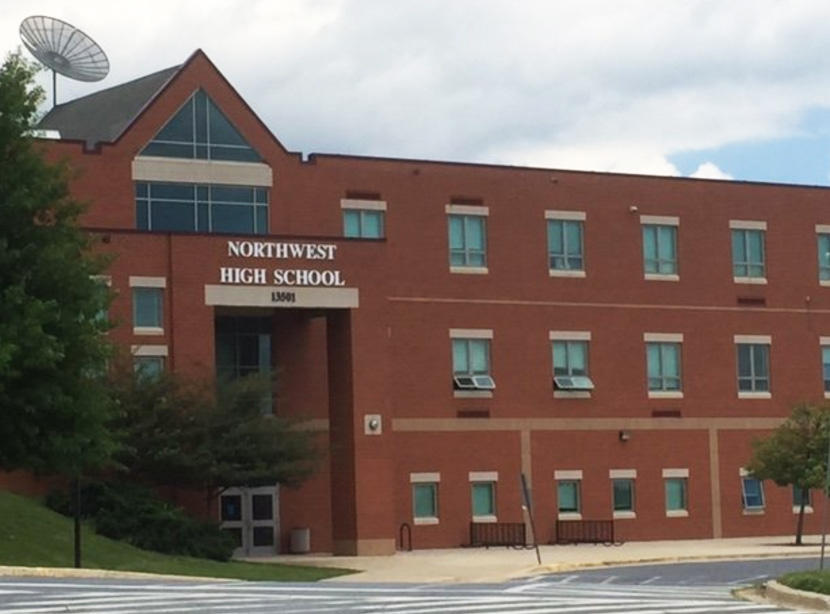 MONTGOMERY VILLAGE, Md. -- Two male teens are dead after being found shot in a car the night before their high school graduation, police said Tuesday.

Shadi Adi Najjar, 17, and Artem Ziberov, 18, both of Germantown, were scheduled to graduate Tuesday, Northwest High School Principal Jimmy D'Andrea said in a message to the Germantown school's community.

"For those of you who knew Artem and Shadi, we ask that you remember and celebrate them. They were both excellent students who had a positive impact on those around them, and they will be greatly missed," D'Andrea wrote, according to CBS Washington, D.C. radio affiliate WTOP.

At graduation, D'Andrea said all those attending had heavy hearts, but Najjar and Ziberov "would want us to move forward today and celebrate."

The principal also said he spoke with Ziberov's mother and she said, "I hope everyone has a great celebration today."

After a 911 caller reported hearing shots fired in a leafy neighborhood of single-family homes in Montgomery Village on Monday night, officers found the two with gunshot wounds in a parked car, Montgomery County police said. Both died at the scene. Police are awaiting a medical examiner's report.

"Two at once is shocking and tragic," Starks said.

"It's very sad," said Eric Boyd, a Northwest alum and Prince George's County middle school teacher from Silver Spring who was at Tuesday's ceremony for his nephew. "And honestly, being a teacher, I've experienced some of this with my students. I know how other teachers are feeling, plus the parents. … It's a heinous crime, honestly."

He offered his condolences to both families and to anyone mourning the loss of Najjar and Ziberov.

"Over here, people have very easy access to guns. I lived in Europe for some time and … guns [are] very rare to see on the streets," she said.

Artem Ziberov was an active member of Boy Scout Troop 489. His former scoutmaster, Karl Moline, told WTOP in an email that Ziberov was "an outstanding young man, always cheerful and ready to help."

"While he was generally pretty reserved, he had a great sense of humor and enjoyed being around his fellow scouts and the Troop's adult leaders. Troop 489's leaders and families are all devastated by the loss of Artem, and extend our deepest sympathies to his family," Moline wrote.