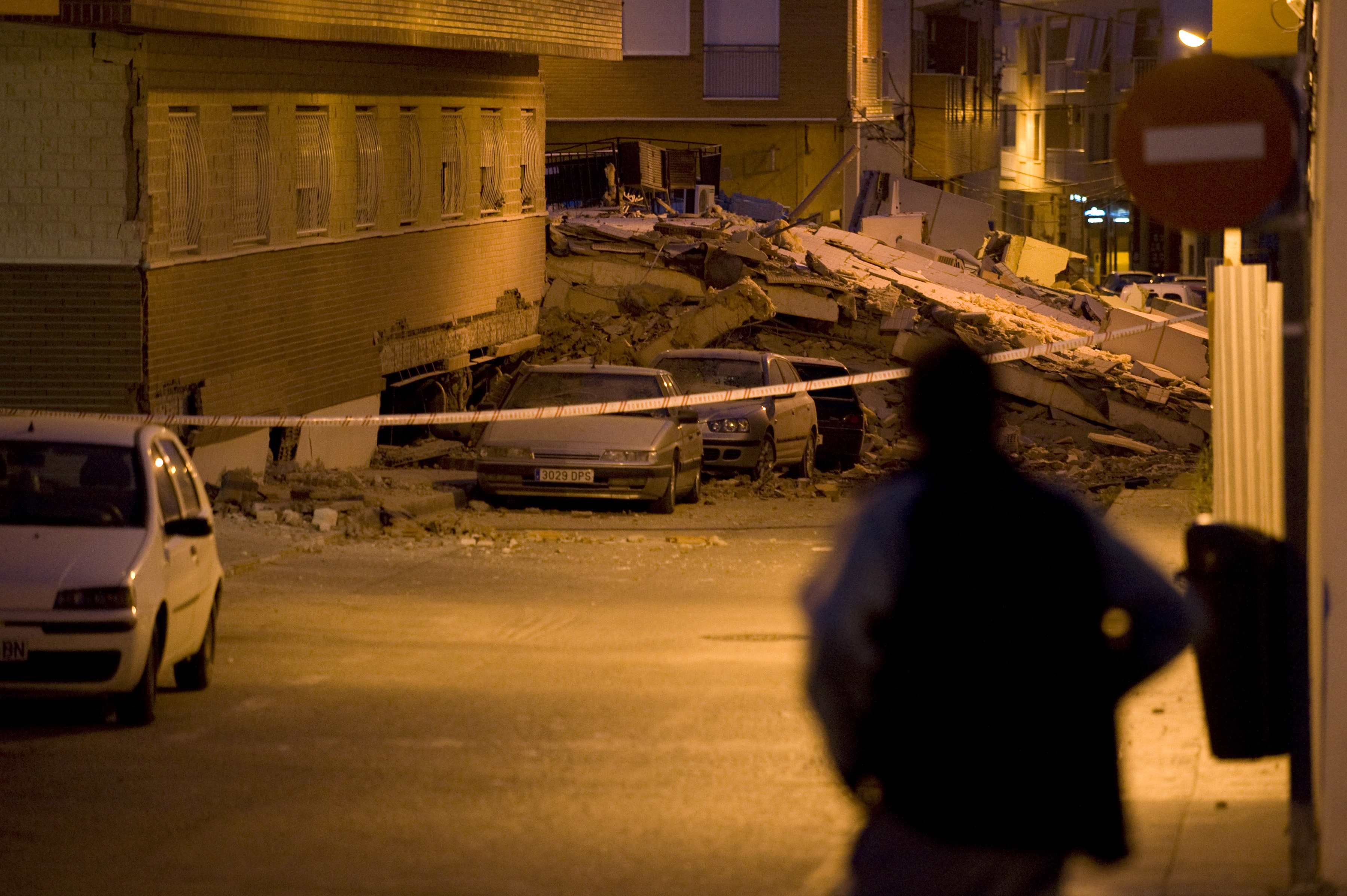 The epicenter of the quakes — with magnitudes of 4.4 and 5.2 — was close to the town of Lorca, and the second came about two hours after the first, an official with the Murcia regional government said on condition of anonymity in line with department policy.

The Murcia regional government said about 270 patients at a hospital in Lorca were being evacuated by ambulance as a precaution after the building sustained minor damage. Dozens of injured people were being treated at the scene and a field hospital was set up.

The Spanish prime minister's office put the death toll at 10 and the Murcia administration said the deaths included a minor and occurred with the second, stronger quake.

Large chunks of stone and brick fell from the facade of a church in Lorca as a reporter for Spanish state TV was broadcasting live from the scene. A large church bell was also among the rubble, which missed striking the reporter, who appeared to be about 30 feet (9 meters) away when it fell. The broadcaster reported that schoolchildren usually gather at that spot around that time, and if it had happened 10 minutes later, a "tragedy" could have occurred.

Spanish TV showed images of cars that were partially crushed by falling rubble, and large cracks in buildings. Nervous groups of residents gathered in open public places, talking about what happened and calling relatives and friends on their cell phones. An elderly woman appeared to be in shock and was seated in a chair as people tried to calm her.

"I felt a tremendously strong movement, followed by a lot of noise, and I was really frightened," the newspaper El Pais quoted another Lorca resident Juani Avellanada as saying. It did not give her age.

Yet another resident, Juana Ruiz, said her house split open with the quake and "all the furniture fell over," according to El Pais.

This was the deadliest quake in Spain since 1956, when 12 people died and some 70 were injured in a quake in the southern Granada region, according to the National Geographic Institute. It says Spain has about 2,500 quakes a year, but only a handful are actually noticed by people. Spain's south and southeast are the most earthquake-prone regions.

The quake was about 6 miles (10 kilometers) deep, and was preceded by the smaller one with a 4.5 magnitude in the same spot, Bellini said. He classified the bigger quake as moderate and said it could cause structural damage to older buildings and masonry.

The quakes occurred in a seismically active area near a large fault beneath the Mediterranean Sea where the European and African continents brush past each other, USGS seismologist Julie Dutton said.

The USGS said it has recorded hundreds of small quakes in the area since 1990.