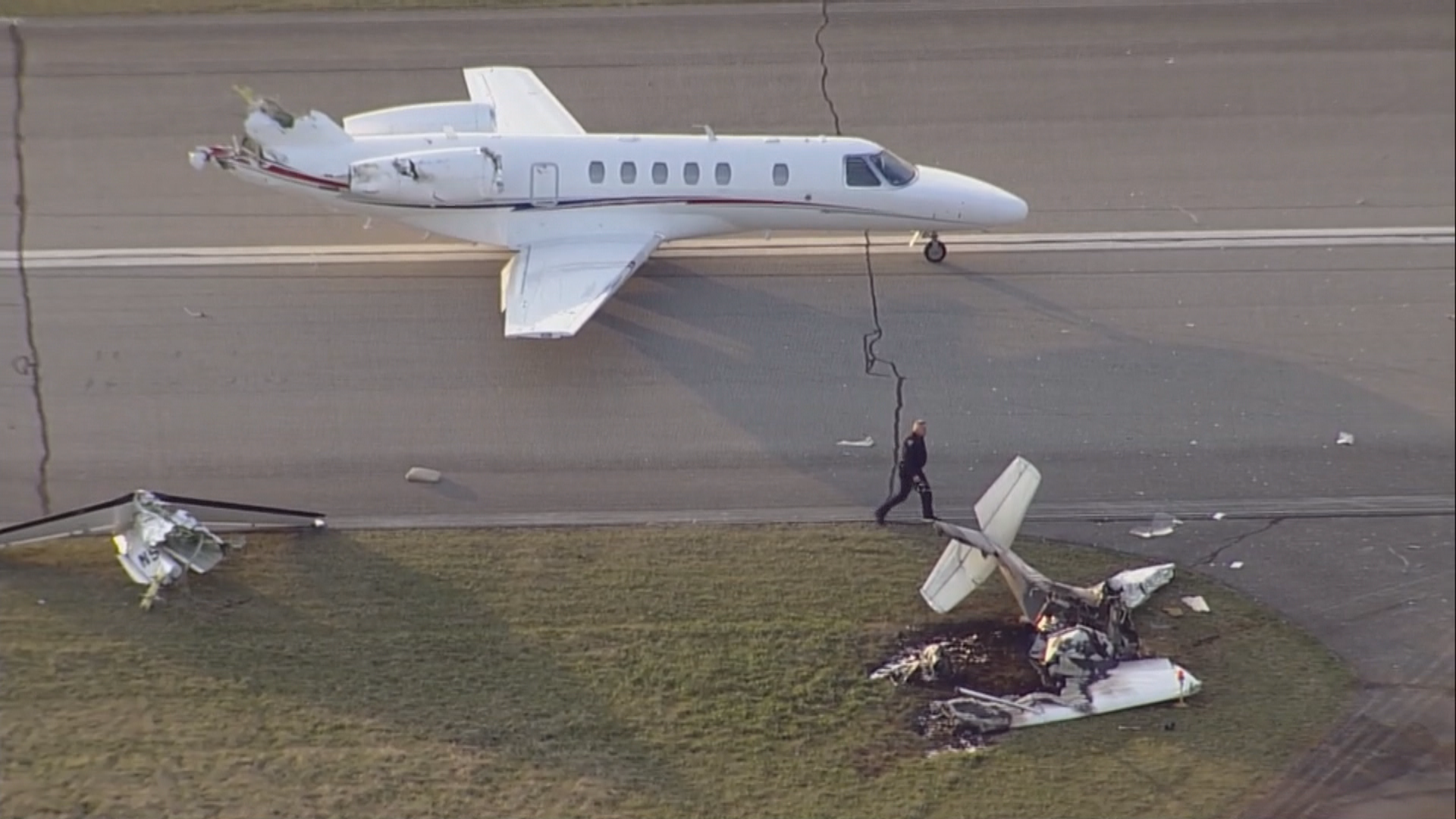 The crash at Marion Municipal Airport, about 50 miles northeast of Indianapolis, involved a small private plane, which sustained fire damage after the collision, and a larger plane that had its tail completely severed off.

The Federal Aviation Administration (FAA) says the planes involved were a Cessna 525 Citation Jet and a single-engine Cessna 150, WTTV reports.

The FAA believes the Cessna 150 struck the tail of the Citation while attempting to take off at 5:09 p.m. local time. The Citation had just landed, WTTV reports.

Images of the crash scene showed remnants of the small plane across from the jet.

Officials say Hibst's wife, Kim, is also a member of the fire department where he volunteered. He was also a father of a young boy. Wittkamper leaves behind a wife named Autumn.

WTTV posted a statement from the fire department late Monday:

"Chief Richard Shepherd is saddened by the loss of these two great individuals who have given so much back to their family, community and this fire department," said the department in a press release. "The members of the Pipe Creek Fire Department are all at a loss as they come together to help each other thru this difficult time. Chief Shepherd is grateful for the outpouring of support from the emergency services in Madison County. Please respect the privacy of our firefighters, and the families who have lost loved ones tonight."

WTTV reports the airport does not have an air traffic control tower, and pilots are expected to communicate via a common radio frequency.

"Pilots using the field are expected to announce their intentions on a common radio frequency and to coordinate with one another while on the ground and in the traffic pattern," the FAA said.

The National Transportation Safety Board (NTSB) is leading the investigation, WTTV says. Autopsies will be conducted Tuesday.