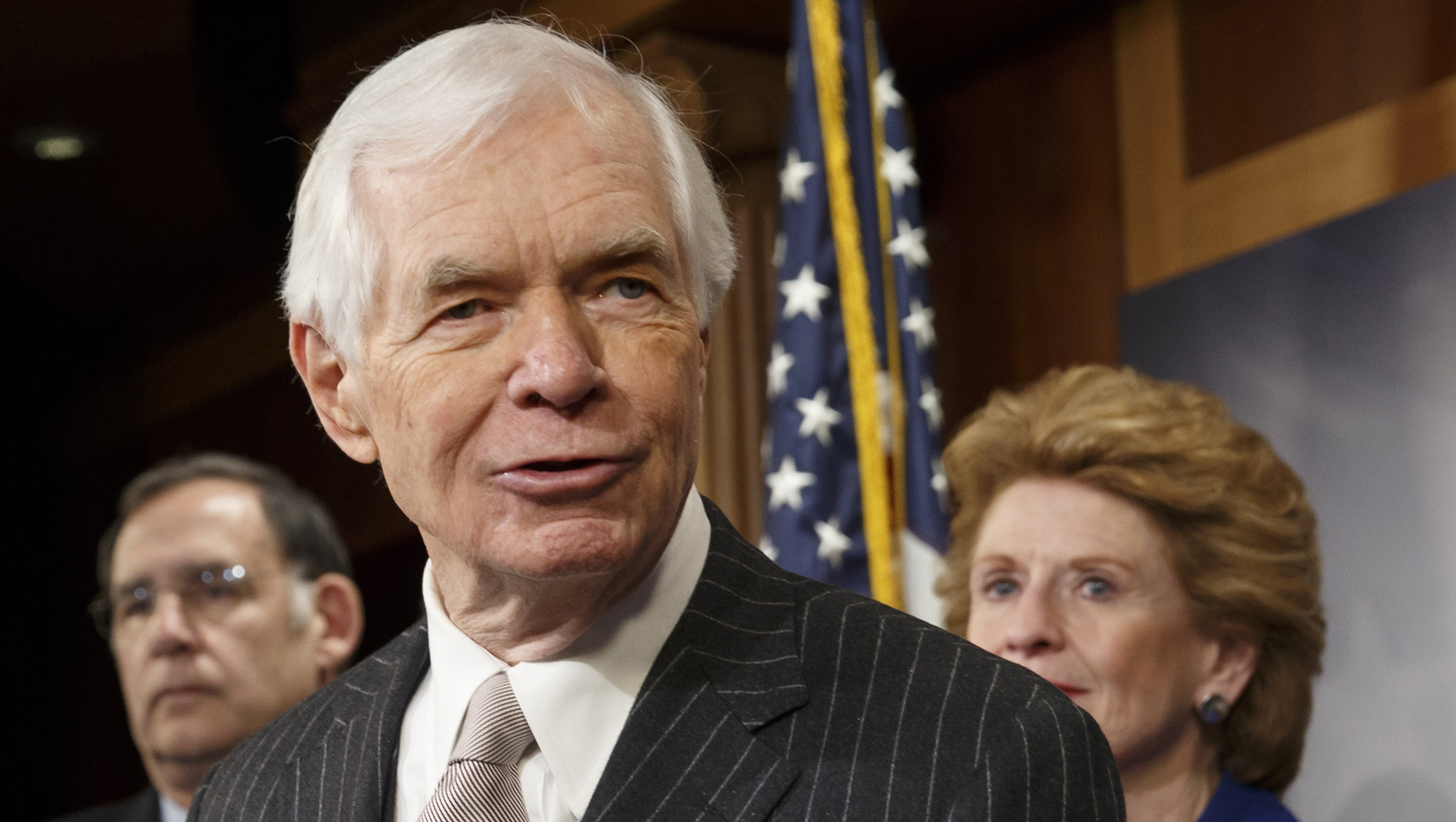 JACKSON, Miss. -- Authorities in Mississippi say they have arrested two more suspects, including a tea party official, in the investigation of photos taken of the ailing wife of U.S. Republican Sen. Thad Cochran.

Madison County District Attorney Michael Guest says Mark Mayfield, a member of the board of the Central Mississippi Tea Party, and a second suspect were arrested Thursday. He did not identify the second suspect or specify any charges.

A conservative Mississippi blogger was arrested last week on allegations that he took the photos of Rose Cochran without her permission at the nursing home where she has lived for 13 years.

In a press release, the Madison Police Department, which arrested Kelly, said the blogger "had illegally and improperly obtained an image of a vulnerable adult resident without their consent for his own benefit." He was charged with exploitation of a vulnerable adult, and his bond was set at $100,000.

The Cochrans' attorney told the Jackson Clarion-Ledger that his clients' "privacy and dignity had been violated."

McDaniel's team condemned the incident, emphasizing that Kelly had no formal connection to their campaign, either as a staffer or volunteer.

Kelly was scheduled for a hearing in Madison City Court on Thursday.

Guest says the other two suspects also were expected to be in court.