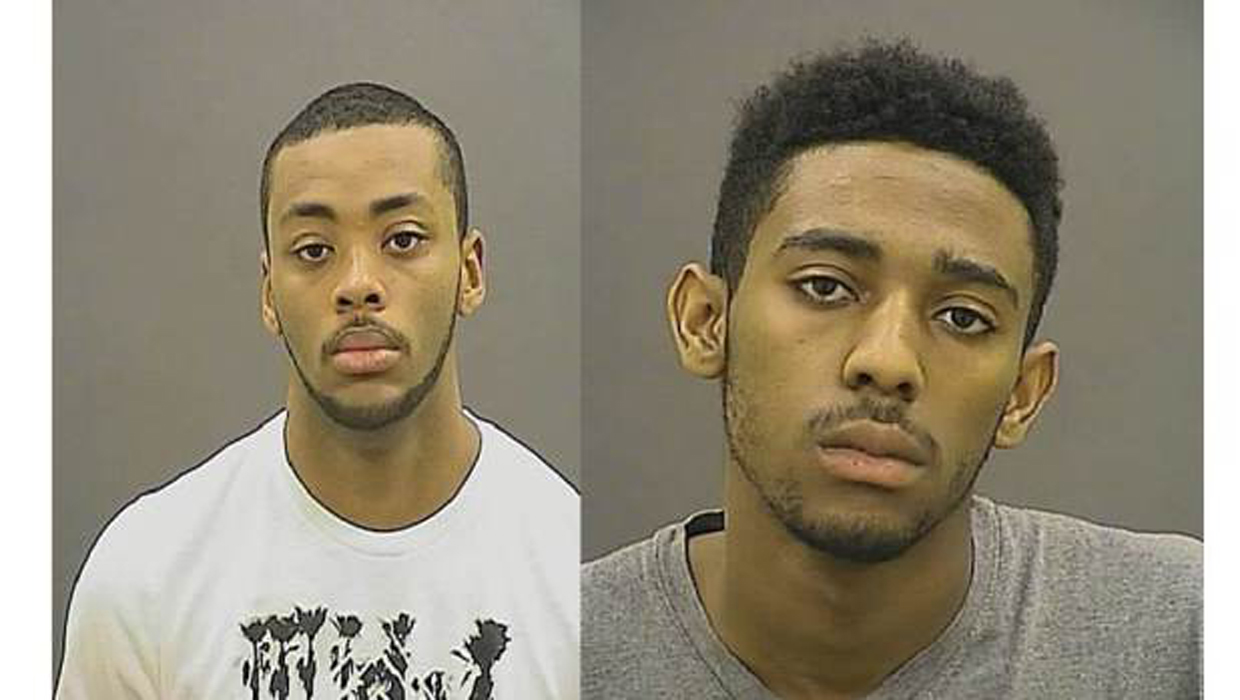 The accused -- Chaz Haggins, 20, and Ethan Turner, 19, both of Reisterstown -- are not students at the school, nor members of the fraternity, university spokesman Dennis O'Shea said. They were arrested on charges of rape and sexual assault stemming from the alleged attack at the Sigma Alpha Epsilon fraternity house a few blocks from campus, the early morning of Nov. 2.

They were being held without bail at the Baltimore City Detention Center.

Their arrest follows a report by a 16-year-old girl who told police that two men forced her to perform sex acts before they raped her at the party.

The school's Sigma Alpha Epsilon chapter has been suspended pending the investigation "based on reports of underage drinking and other possible violations of university policy at the party that night," reports CBS Baltimore.

The university said it is also working with the leadership at all campus fraternities to ensure "the safety and well-being of attendees at their social events," O'Shea said in a statement.

The fraternity said in a statement on its website that its national headquarters also was investigating the allegations. While noting the alleged attackers aren't members of the fraternity, "any form of assault or sexual misconduct is unacceptable, and we will not tolerate actions that are inconsistent with our values," the statement said.

Johns Hopkins has been under federal investigation for its handling of sexual assault complaints.

In the spring of 2013, the university failed to promptly notify students of a rape reported at the Pi Kappa Alpha fraternity house. Students filed a complaint with the U.S. Department of Education, and the university is one of dozens around the country being investigated for complaints over how they responded to reports of sexual assault.