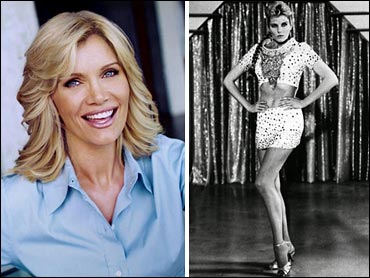 Spector, 62, the music industry wunderkind who struck it rich in his teens and changed the face of pop music, became an eccentric millionaire with a castle home in the suburbs.

Clarkson, 40, a B-movie actress who sold her pinups on the Internet and modeled herself after Marilyn Monroe, was a success within the exploitation movie world. She was nearly 6 feet tall, blonde, buxom and gorgeous.

She was discovered by B-movie king Roger Corman and starred in a series of films that made her a semi-cult figure. She played a super-heroine called "Barbarian Queen," a character Corman said was the model for TV's "Xena: Warrior Princess."

"Lana was a beautiful woman, a wonderful actress, and an adventurous spirit," Corman said Tuesday in a statement. "Always brave, she performed all of her own stunts, and showed unusual fortitude and athleticism in her horseback riding and fight sequences."

Clarkson had her own Web site and a company called Living Doll Productions. She also had appeared in many commercials and often made personal appearances. As "Barbarian Queen," she appeared at comic book and pop culture conventions.

Spector, whose "wall of sound" technique transformed 1960s pop music, was arrested before dawn Monday for investigation of first-degree murder after Clarkson's body was found in the foyer of his mansion, about 15 miles northeast of Los Angeles. He was freed Monday night after posting $1 million bail. No charges have been filed.

Lt. Dan Rosenberg said deputies found the weapon used in the slaying but declined to say where in the house it was located.

Clarkson began working last month at the House of Blues on the Sunset Strip where she was a ticket collector and hostess, friends and associates said.

"She wasn't thrilled to have people from the industry see her doing that, but she thought it was a good step to get back into the mainstream," said her neighbor, Paul Pietrewicz. "It wasn't exactly what she wanted to do, but she thought she could meet the right person."

The investigation shows that Spector and Clarkson met at a nightclub in Los Angeles, said Craig Harvey of the Los Angeles County coroner's office.

Three flower bouquets and a burning candle were at the doorstep Tuesday of Clarkson's modest one-story house along the canals in the Venice area of Los Angeles. Several cactus plants and a statue of an angel decorated the porch.

"The Clarkson family would like to express their deepest appreciation to Lana's extended family, friends and fans for the outpouring of love and support that they have shown during this extremely difficult time," her family said in a statement released Tuesday night.