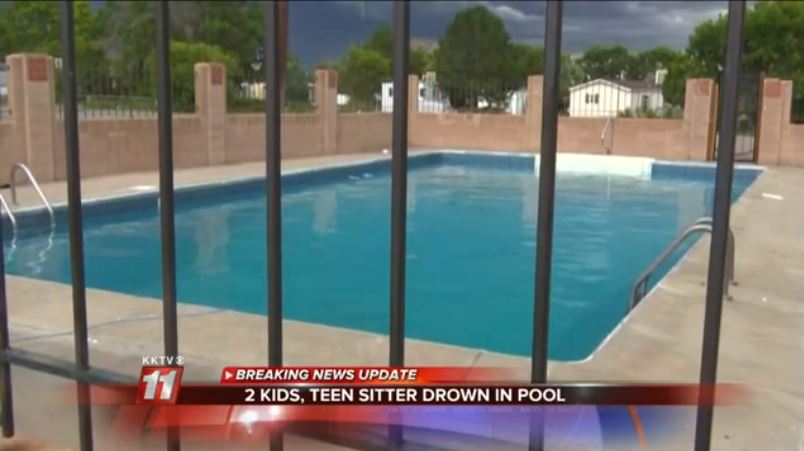 Pueblo police were investigating what led to the drownings but said no foul play was suspected, CBS Colorado Springs affiliate KKTV reported.

No lifeguard was watching over the swimming pool, authorities and neighbors said. Police were canvassing the neighborhood in the city of Pueblo to interview people who may have seen the three girls drown

It's unclear if any of the three girls lived there. Police told KKTV there were others at the pool, and they are the ones who called police.

"It's just shocking because you never think it can happen at places you're, like, so used to because it's so safe, you think, but just it's crazy," said Marianna Lefebre, whose grandmother lives in the park.

Officers responding to an emergency call shortly after 2 p.m. tried to revive the victims at Pueblo Grande Village, a mobile home park located north of downtown Pueblo, about 105 miles south of Denver.

The Pueblo Police Department says the victims were pronounced dead by the coroner's office.

Neighbor Ruth Wright said she didn't know the girls by name but that children packed the pool during the summertime. Wright says neighbors are shocked by the drownings.