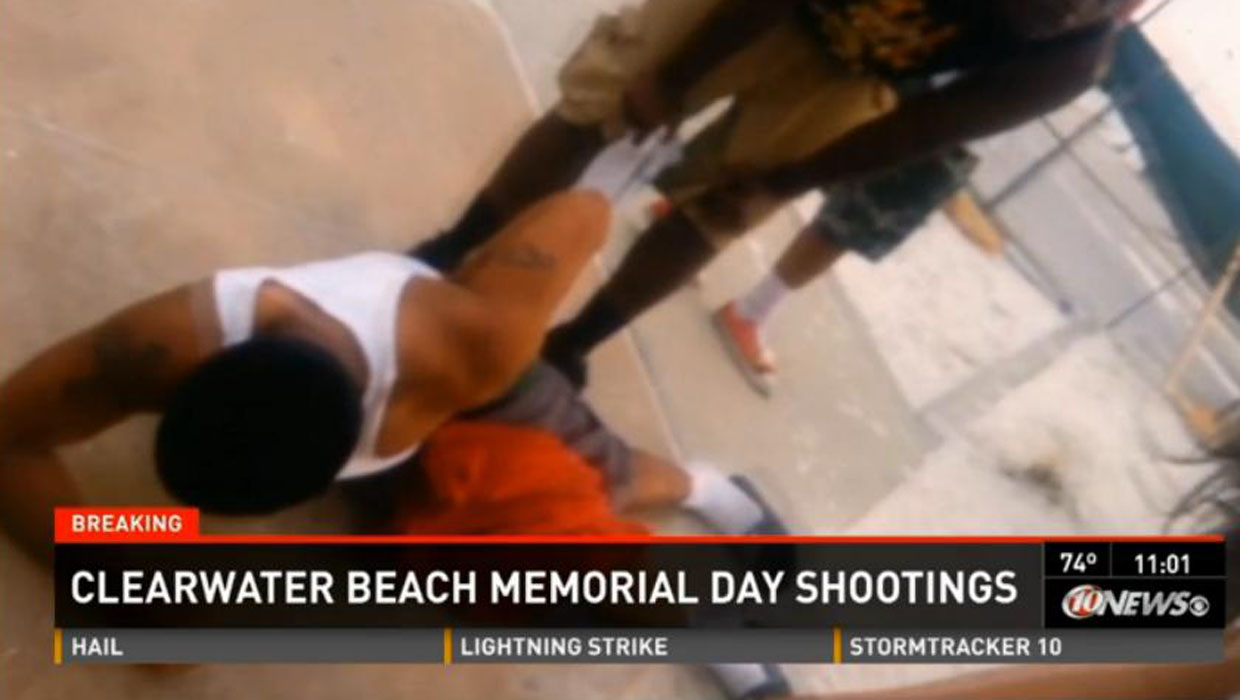 According to the station, Jerry Lee Holmes, Terrance Antonio Kirnes, Jeffery James Grier and Jared Kashon Woodard are in custody for their alleged roles in the shootings which broke out in Clearwater Beach on Monday. It is unclear if the suspects have been charged.

The first shooting happened outside of a Hyatt Regency hotel and was the result of a verbal argument between two groups of people, the station reports. Police said that the argument escalated into a fight and that someone fired a gun.

In a second incident shortly after that, shots were reportedly fired at one of the groups from the hotel parking garage.

A third shooting incident took place nearby a little while later, but details were not given, according to WTSP.

Police said they recovered multiple firearms. Access to the beach was temporarily cut off during their investigation.