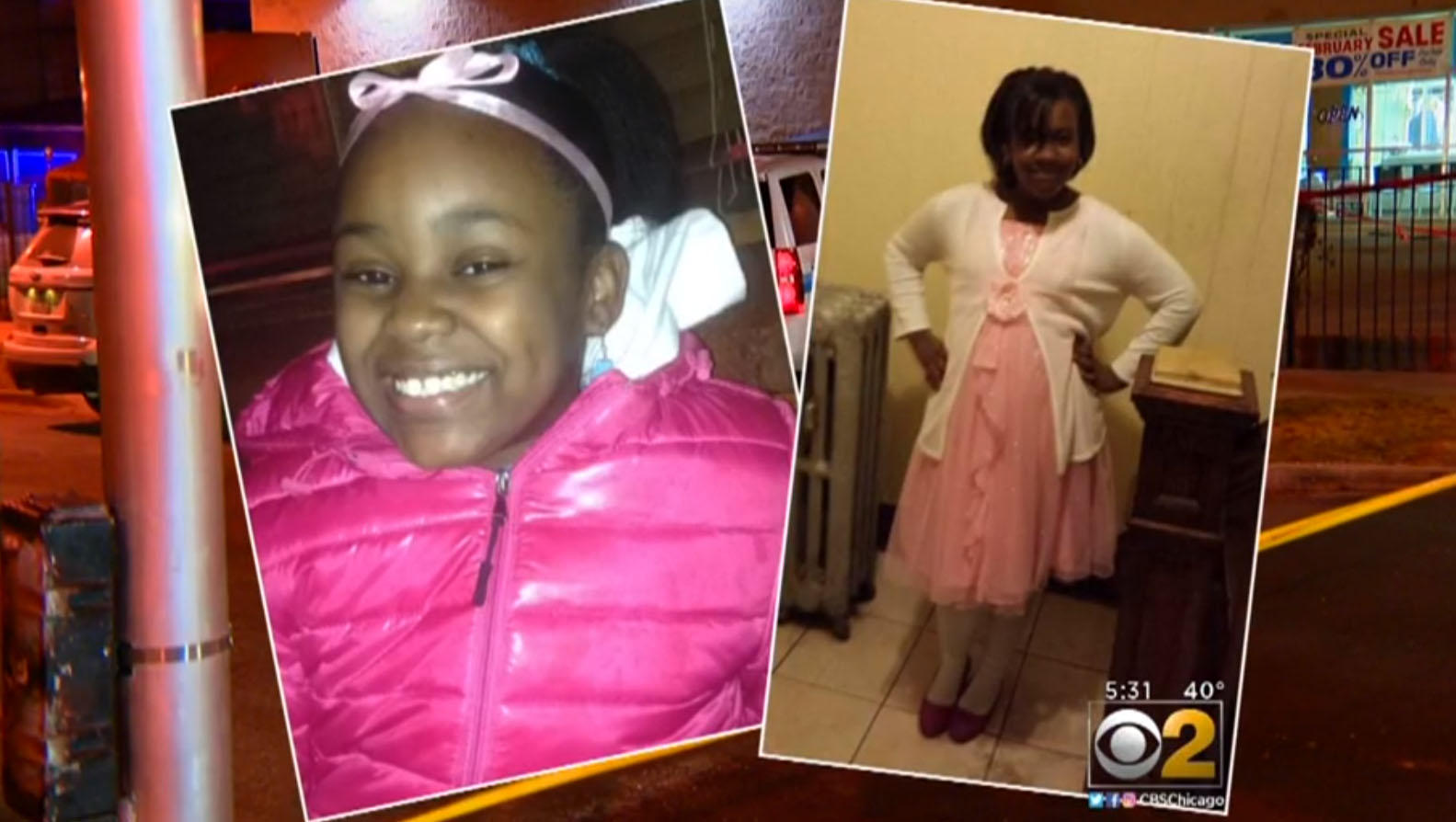 CHICAGO -- Police say the two young girls who were critically wounded in separate weekend shootings on Chicago’s South Side were not the intended victims.

Department spokesman Anthony Guglielmi said in an email Monday that the girls, ages 11 and 12, were shot in the head Saturday night in areas with heavy gang activity by people who were aiming at someone else. Both remain in critical condition and no arrests have been made.

He says police are reviewing city surveillance footage from the area but are also hoping either attack may have been caught on private video.

The 12-year-old, Kanari Gentry-Bowers, was shot while playing basketball with friends in a school parking lot, reports CBS Chicago. About 30 minutes later, the 11-year-old, Takiya Holmes, was shot while sitting in a parked minivan.

Takiya’s grandmother, Patsy Holmes, told the station her granddaughter was in the backseat of the van when bullets came flying through the window. Takiya’s mother was in the front seat at the wheel.

“These babies haven’t even lived their life, they are in grammar school,” said Rochetta Taylor, a relative of Gentry-Bowers.

No arrests have been made in either case.