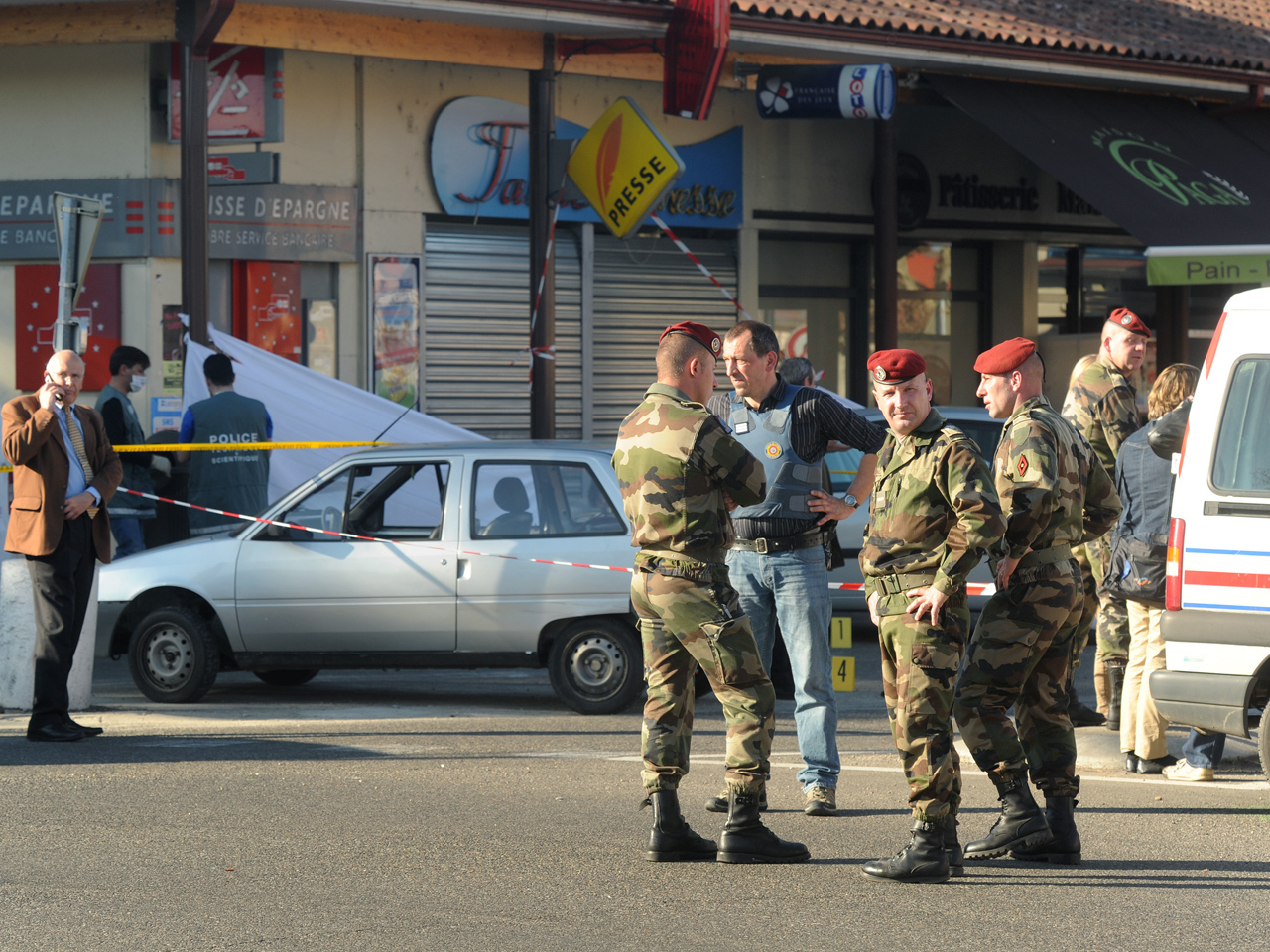 (AP) TOULOUSE, France - A gunman on a motorbike opened fire on three French paratroopers at a bank machine in southern France, killing two and critically wounding one of them Thursday, officials said. It was the second such attack in a week targeting French soldiers in a public place.

The three uniformed soldiers had been standing at a bank machine in the town of Montauban when a helmeted assailant arrived on a motorbike and opened fire, then fled, the police official said.

Defense Minister Gerard Longuet expressed his condolences to the soldiers, their families and their regiment in a statement. They all three served with the 17th paratrooper combat engineering regiment, based nearby.

On Sunday, a 30-year-old soldier was fatally shot near a gymnasium in the southern city of Toulouse by an unidentified attacker also on a motorbike.

Neither the defense minister nor police announced any link between the two attacks, and the motives remain unclear. Officials tell the BBC that they are considering a number of motives, including the possibility that both shootings were the result of a personal dispute.

The police official said the two soldiers killed Thursday were 24 and 26 years old.