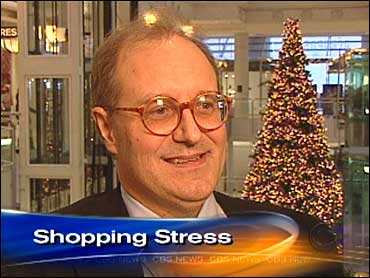 Thanksgiving turkeys aren't even in ovens, but the holiday rush is already on for hot toys.

The frenzy surrounding PlayStation 3s was just the beginning, according to CBS News correspondent Trish Regan, who says there may simply be insufficient numbers of hot toys to go around. The "must-haves" may be impossible to find.

"Parents who want the hottest toys are gonna have to wake up in the middle of the night, line up between midnight and 3 a.m., risk getting trampled in the stores … looking for the best-selling toys that, more often than not, are not gonna be stocked on the shelves," cautions retail analyst Burt Flickinger.

Part of the problem? Retailers were caught off-guard by early demand.

"They thought they could get the product at the last minute and still put the product out," Flickinger says, "and it's just not gonna happen. (Many of) the product's (are) coming from China, and it could take anywhere from three weeks to three months" for them to get to United States shelves.

One alternative for parents willing to pay the price: auction Web sites.

But there is good news, Regan points out.

For toys that are in stock, expect bargain basement prices, thanks to Wal-Mart's price war with Target.

Says Flickinger, "Wal-Mart wants to win the store wars on toys, because if they win on toys, they'll win storewide."

Overall, Regan concludes, if you thought last year's Black Friday was intense, some experts say, you ain't seen nothin' yet.