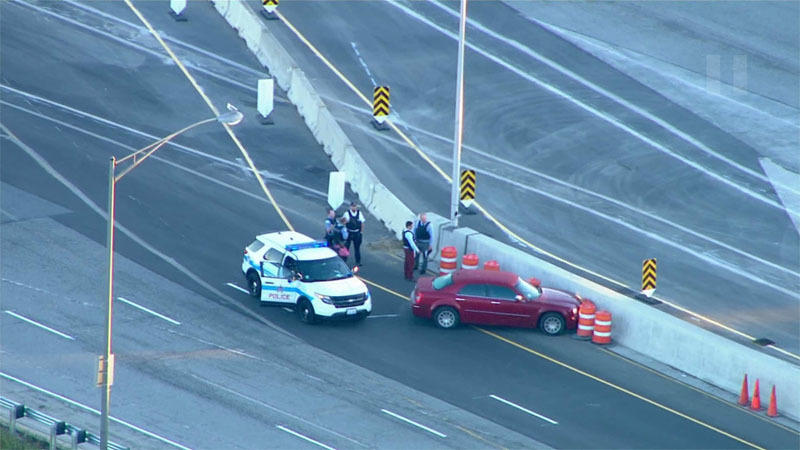 CHICAGO -- Police say a man and woman have been found dead with gunshot wounds on the Chicago Skyway, prompting an early-morning closure of part of the expressway that connects the city with Indiana.

Chicago Fire Department spokesman Walter Schroeder says crews responded to reports of a shooting around 4:15 a.m. Wednesday. A statement from police says the woman had multiple gunshot wounds and the man was shot in the head. It says the deaths were being investigated as a possible killing and suicide.

The car, a maroon sedan, appeared to have crashed into the median separating the eastbound and westbound lanes of the Skyway, CBS Chicago reports.

The Illinois Department of Transportation fully closed the eastbound lanes of Interstate 90 east of the Dan Ryan Expressway because of the police activity.