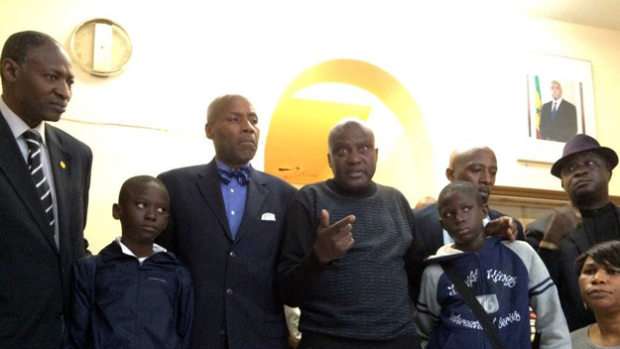 NEW YORK - Panic over a spread of the Ebola outbreak into the U.S. has even affected schoolchildren after two brothers from Senegal were reportedly bullied and sustained physical injuries at their school.

The boys who are in the sixth and eighth grades and attend school in the Bronx were beaten by their classmates at I.S. 318 on Friday by kids who taunted them about the virus.

They were hospitalized with severe injuries, according to a statement from the African Advisory Council, a Bronx-based advocacy group.

The two brothers were born in America but have spent most of their lives in Senegal and returned to the states to go to school, CBS New York reported. They have been back in the country for about a month.

Their father, Ousmane Drame, said his sons have endured weeks of verbal abuse from fellow students.

"As soon as they go to the gym, they don't want to touch the ball, they say guys have Ebola, don't touch the ball," Drame said, noting that the school did little to help the boys and failed to file an incident report.

However, the Department of Education said it is investigating what happened.

"This incident has been reported, we are investigating and we take this matter very seriously," the department said in a statement, according to CBS New York. "DOE School Safety staff are on site today to mediate this incident and ensure the safety and support of these students, school staff and their families."

"We demand for corrective measures that will stop bullying and violence against our children while in school and in the community," the African Advisory Council's statement said.

Senegal has had one person contract the Ebola virus since the current outbreak began. But WHO declared Senegal free of Ebola virus transmission on Oct. 17.