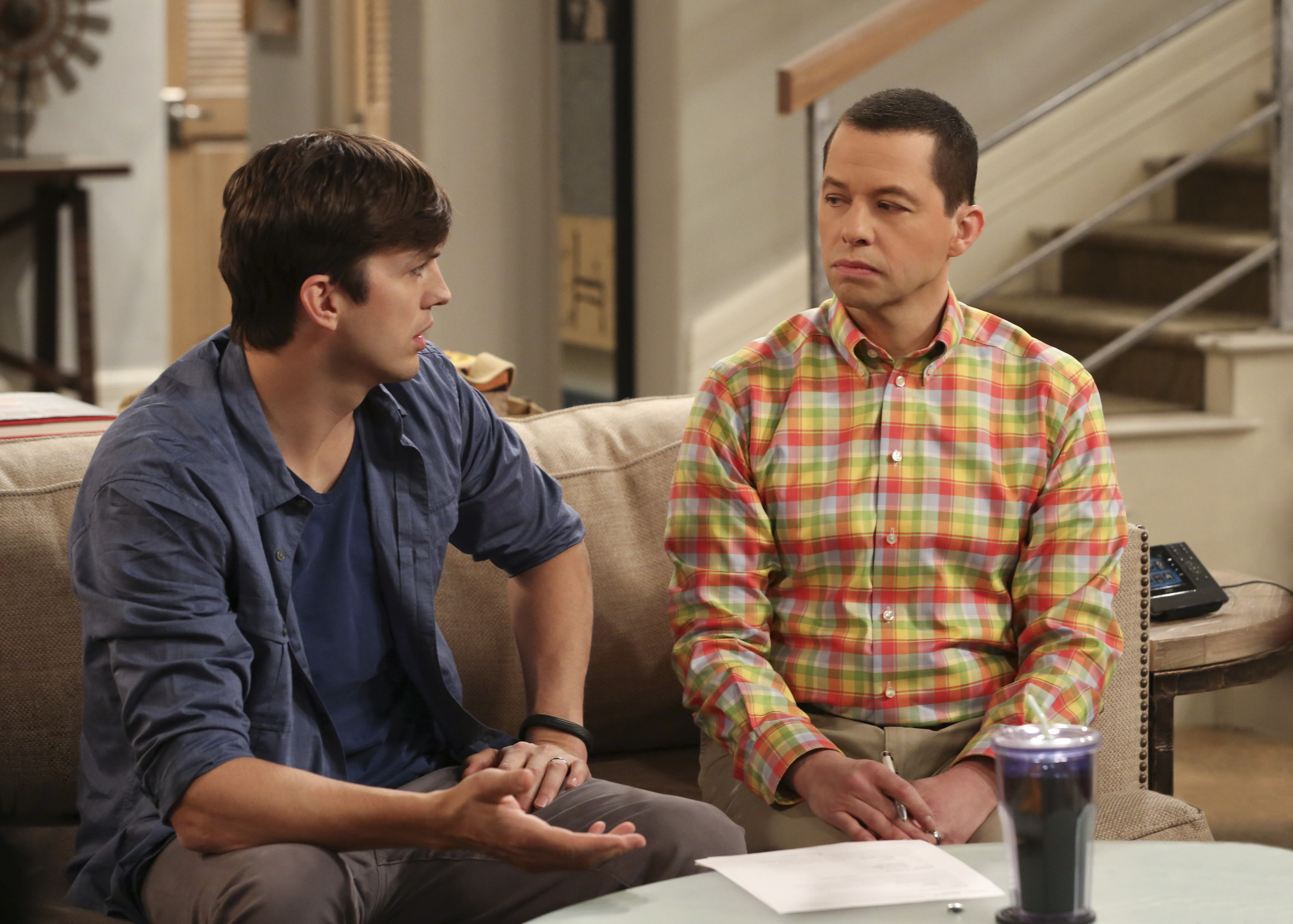 The "Two and a Half Men" series finale centered around the potential return of Charlie Sheen's character Charlie Harper, but ultimately, the controversial star never actually made an appearance.

The episode kicked off with the surprising reveal that Sheen's character wasn't actually killed by a train four years earlier, but rather was being kept in a basement pit, Silence of the Lambs-style, by his stalker Rose (Melanie Lynskey).

After Charlie's escape from the pit, he claims his backed royalties (conveniently, $2.5 million) and begins sending massive checks to his spurned lovers, friends and family, including Charlie's illegitimate daughter (Amber Tamblyn) and nephew Jake (Angus T. Jones, who returned to the show for a cameo). The only characters close to Charlie who don't receive checks are his brother Alan (Jon Cryer) and new houseguest Walden (Ashton Kutcher) whom he threatens.

At the end of their ordeal, Alan and Walden are relieved when a police captain (a surprise cameo by Arnold Schwarzenegger) calls to report that they've picked up a suspect, with a description that makes Charlie Harper perfectly. In reality, they've got actor Christian Slater (playing himself) in custody.

The episode, which featured a bizarre animation sequence and many meta moments where the cast acknowledged their long-running show and controversial former co-star, ends with a Sheen look-alike ringing the doorbell at his old house. We never see his face, as seconds later, a piano drops on the Charlie doppelganger.

The camera then pulled back to reveal "Two and a Half Men" creator and executive producer Chuck Lorre, who uttered Sheen's famous catchphrase, "Winning," before another piano dropped on his head.

Sheen hinted that he would be a no-show on Twitter earlier Thursday:

"Attention World: If you're looking for my much-anticipated cameo on network TV, you'll have to check out 'The Goldbergs' Wed Feb. 25th on ABC!" Sheen wrote on TwitLonger. "I go where the love is. #OfCourseI'mNot"