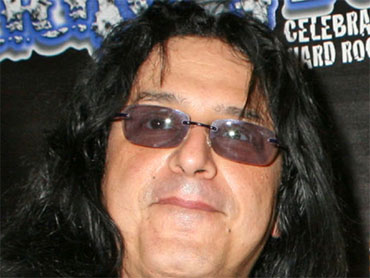 Twisted Sister guitarist Eddie Ojeda is recuperating from emergency back surgery that forced him to miss the band's concert near Philadelphia.

Ojeda experienced intense pain that prevented him from standing or sitting, went to a hospital and had surgery to repair a ruptured disc, according to bandmate Jay Jay French. Dan McCafferty, who played guitar in singer Dee Snider's solo band, was pressed into duty as a last-minute replacement at the Keswick Theater on Wednesday night.

French says Ojeda is feeling better and hopes to perform at the band's Sunday night concert at New York's Nokia Theater. If he can't, McCafferty will fill in there as well.

"I talked to him this morning, and he says he feels much better," French said Friday. "They want to see if he can stand for two hours and play. He plans to try it."

Ojeda's absence forced some scrambling in the band. As a member of "Dee Snider's SMFs," McCafferty had played French's solos in the Twisted Sister songs that often featured solos from both guitarists.

"He played my parts and I had to learn Eddie's parts, which I had never done in all these years 'cause there was never a reason for me to," French said.

Weightlifter will be first trans athlete to compete at Olympics

"Under The Blade," Twisted Sister's first hit, was written about Ojeda's throat surgery in the 1970s.

The band is in the midst of their annual "Twisted Christmas" tour that also includes shows in Las Vegas Dec. 15-17. They also will perform at the lighting of the New York Stock Exchange Christmas tree on Dec. 10.
By Wayne Parry