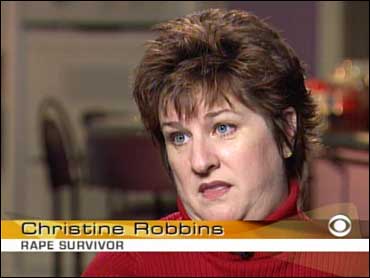 The rain came at just the right time for Bob Tewksbury.

"Sometimes, you've got to be lucky and sometimes you're good," Tewksbury said. "Today, I was lucky."

Marty Cordova drove in three runs Thursday night to help Tewksbury snap a five-game losing streak and lead the Minnesota Twins to a rain-shortened 4-1 victory over the Chicago White Sox.

The game was stopped after five innings and called after a 1-hour, 56-minute rain delay.

"The rain unfortunately put a damper on the game," Twins manager Tom Kelly said. "But we'll take it."

Kelly said it was the first time in 12 years he can remember being on the winning end of a rain-shortened game.

Cordova hit a leadoff homer in the second, his fifth, and a two-run single in the third to match his season high for RBIs. He has driven in three runs in four games this year, most recently June 12 against the White Sox in Minneapolis.

Tewksbury (4-8), who was 0-5 in his last six starts heading into Thursday's game, won his first game since April 29. He gave up five hits and walked one over five innings.

"It's nice to get a win. It's been a long time since I've had one," Tewksbury said. "I really didn't pitch like I know I can pitch."

The only blemish was Frank Thomas' leadoff homer in the fourth, his 12th. Thomas now is 7-for-15 with four home runs against Tewksbury.

"We'll know by the All-Star break whether or not I'm out of it (slump)," said Thomas, who was 3-for-11 in the just completed three-game series against Boston and was batting .271 overall.

Mike Sirotka (7-7) lost for the third time in four starts. He gave up nine hits and walked one over five innings.

"I always seem to get a decision no matter what happens," said Sirotka.

The win was the Twins' third in the last six games, while the White Sox lost their third straight.

"I guess it's an indication of how things have gone," White Sox manager Jerry Manuel said of the rain-delayed game. "If nature had taken its course 15 minutes earlier, we might not have had an official ballgame recorded."

After Cordova's homer in the first, Otis Nixon walked with one out in the third and reached third on Paul Molitor's two-out double. Cordova then singled to right, scoring both runners, but was thrown out at second trying to stretch his hit.

Thomas' homer made it 3-1. Denny Hocking hit an RBI single in the Twins fourth with the bases loaded.

Notes: Tewksbury and Sirotka entered the game ranked first and third, respectively, in the league in walks allowed per nine innings. Tewksbury did walk Chad Kreuter with one out in the third, the first free pass he's issued sice May 16 vs. New York (69 consecutive plate appearances). ... Chicago's Wil Cordero started at first base after missing one game with the flu. ... The majority of the Comiskey Park lights were turned off as a safety measure during the rain delay because of the high winds. Some fans took advantage of the darkness and ran onto the field, belly-flopping onto the tarp. They were quickly ushered off by security.