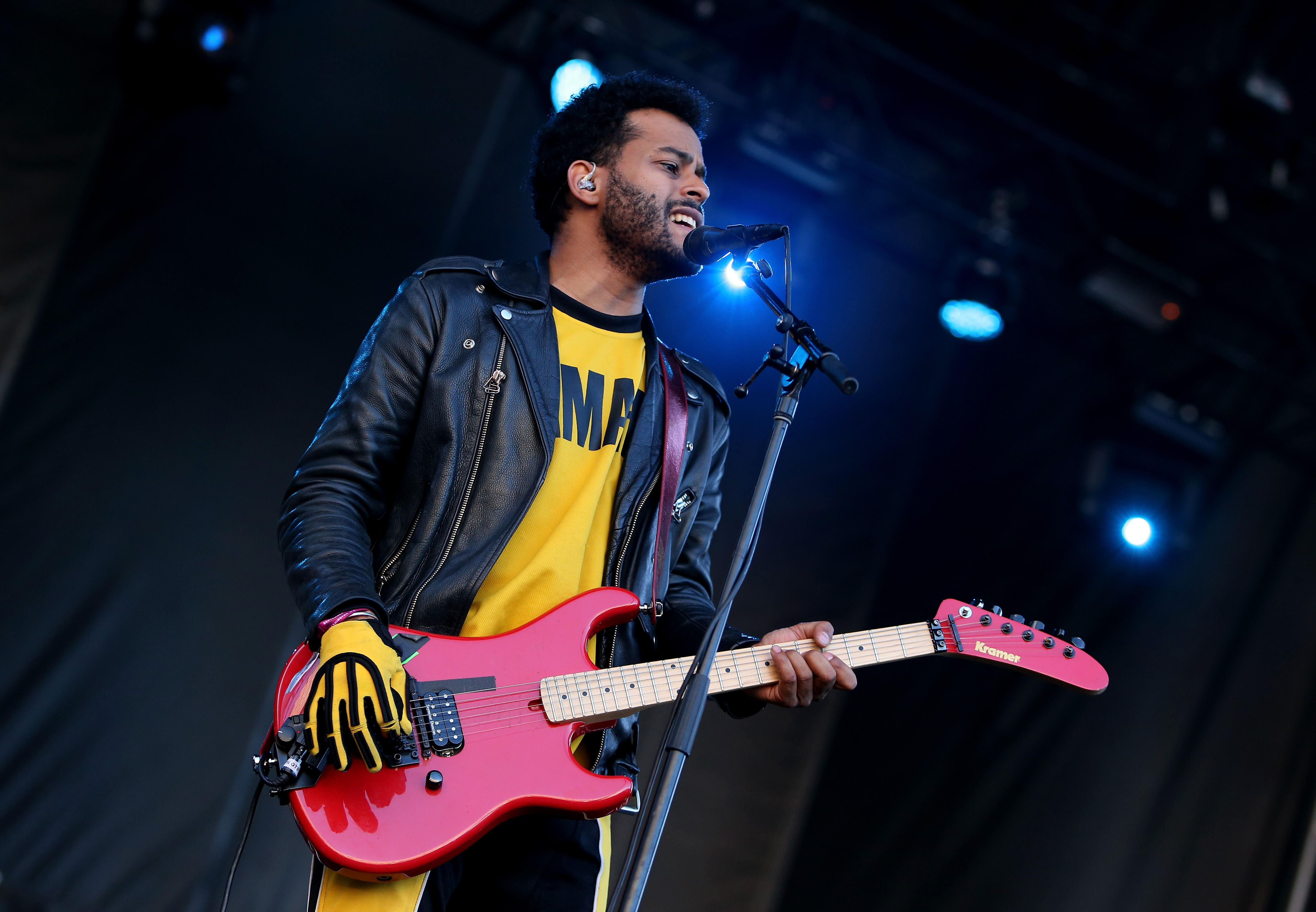 Musicians Twin Shadow and Andrew Aged joined forces in a “sonic experiment,” in which they entered a room with their Yamaha Revstar guitars to improvise and record music -- with no prior communication involved.

Twin Shadow -- whose real name is George Lewis Jr. -- talked to CBS News about the experiment, his upcoming album and what it was like to play “Purple Rain” at the Meadows Music Festival in New York and at Hollywood Forever cemetery last year.

You didn’t get to talk to Andrew before you played during your improvised session, but looking back, what do you see?

I definitely see this almost Americana kind of brushstroke that’s got a lot of bluesy and almost country core to it with some psychedelic elements -- ’70s American psychedelic music -- but ultimately it stands on its own as its own thing. I wouldn’t say it feels incredibly futuristic or anything, but it feels current and it feels like an amalgam of a lot of American music, for sure.

Do you have a background in improvisation?

I do in the sense that I started playing music by improvising when I was in high school. There was a bar in my hometown that would have a kind of jam session, and I was lucky enough to trick them into letting me in the club. I really cut my teeth playing with older musicians who were very accomplished in improvising, so it’s really where I got my start playing guitar.

You didn’t play much guitar on “Eclipse.” Is that something you plan to return to?

I’m definitely planning a lot more guitar on this next record. I’ve been finding myself drawn to it. A lot of piano, as well.

When are you hoping to finish your album?

I’m not sure. I’m still deep in recording and I have my own personal deadline set, but right now I’m just in the thick of writing it.

You once said that your music used to be elitist. What do you mean by that exactly and when you say something like that, do you fear people will accuse you of selling out?

I probably meant it more in a way that it was specific to a certain audience. I really thought about my peers, people I get along with, people who I see, people who are impressed with the art.

I see music now as the greatest communicator of all types of people interested in many different things and I think that since my first record, my audience is expanding to people I wouldn’t necessarily have lunch with or people I wouldn’t necessarily spend the day with. That really interests me. I don’t see that as selling out, but I also think we live in a time where there’s no such thing as selling out anymore. Everyone’s become a product on Instagram.

You performed “Purple Rain” in both Los Angeles and New York. Did you feel like there was a lot of pressure to get it right?

Yeah, for sure. I certainly didn’t try to become Prince or anything like that. I wanted to honor him in my own way and I arranged the songs in a way that I would do that.

It felt like a very great moment of closure for me. You’re always dreaming of these people who really form a lot of your musical personality. People like Bowie, Prince -- you always dream as a young musician to meet these people one day, to become a disciple and I always felt sad that I never got to meet him and I never even got to see a show. So for me, I had this emotional responsibility. It was just a simple thank you, really.

How was the response from attendees who weren’t familiar with you as an artist?

At the Los Angeles show, there was a big mix of people of different age ranges and there were some people who came up to me afterward and really thanked me and told me amazing stories about seeing them when they were 20, 21 in different venues around L.A.

It was amazing to have people who had been there when he was in a prime -- his whole career was a prime, but at the peak of Prince mania. It was great to have people congratulate us on doing what they thought was a good job on the show.

What’s on your playlist right now?

I mean obviously Frank Ocean’s record was on my playlist all year. Bon Iver -- strong on the playlist. But I’ve gone back into a goth phase. Peter Murphy, the Cult -- that’s kind of all I’ve been listening to this week.

What else are you working on?

I just moved to a new house so I’m working on getting my life together. That’s the main project.