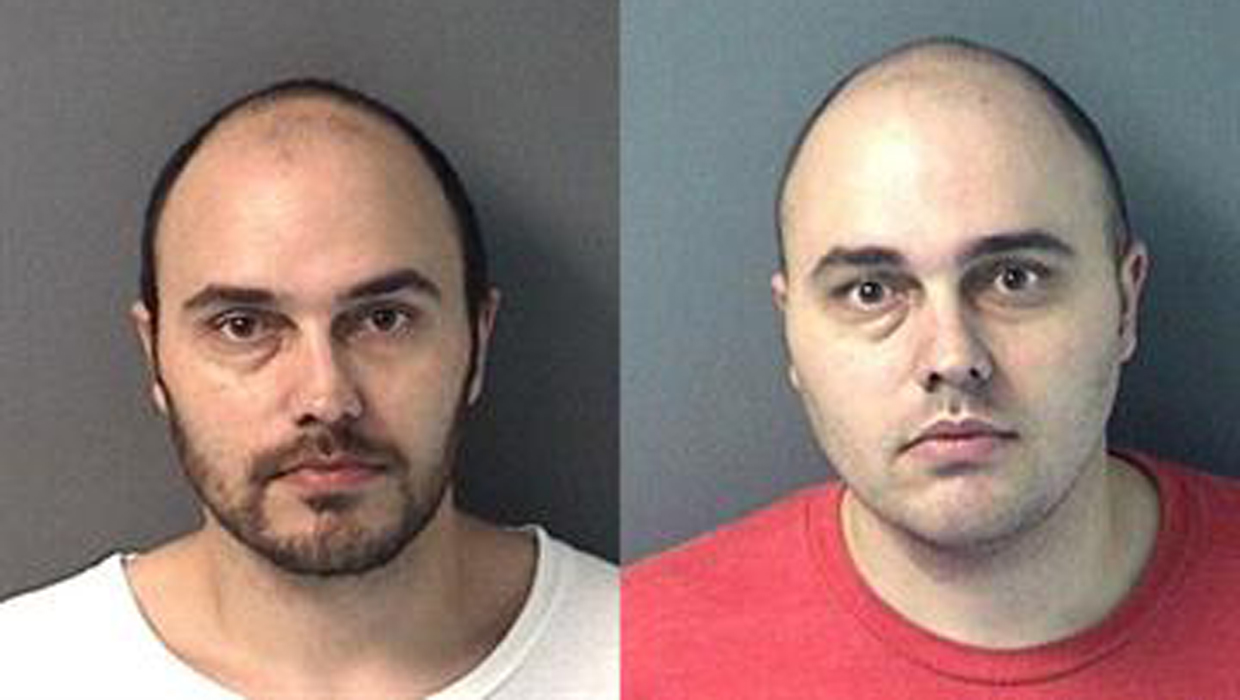 PENSACOLA, Fla. - William Cormier III, a Florida man, was convicted of first-degree murder Thursday and sentenced to life in prison without parole for beating a former Pensacola newspaper reporter to death with a hammer and burying his body in a concrete-covered pit so he could steal a collection of fantasy role-playing cards worth $100,000.

Jurors convicted Cormier after a little more than an hour of deliberations. Cormier showed no reaction as the verdict was read. A judge sentenced him after hearing testimony during the sentencing phase Thursday afternoon.

In the case, prosecutor Bridgette Jernsen said Cormier was so desperate for money that he sold Sean Dugas' cards to pay for the plastic storage container that became his concrete-encased coffin.

"He sold Sean's own cards to buy that cheap, plastic coffin to put his body in," Jensen said.

Prosecutors said he stole Dugas' valuable collection of cards for the game "Magic: The Gathering."

Defense attorneys said during closing arguments that prosecutors didn't prove that Cormier killed Dugas, and instead suggested his twin was responsible. Cormier's twin brother, Christopher, pleaded no contest to charges of helping his brother move Dugas' body from Florida to Georgia. Christopher Cormier has not been sentenced yet.

Dugas' body was unearthed more than a month after his 2012 death in the backyard of Cormier's father's home in Winder, Ga., which is about 300 miles northeast of Pensacola.

Cormier was the only witness to testify for the defense. He told jurors Wednesday he was acting under the direction of his twin and that he did not know Dugas' was dead when he sold more than $12,000 of his cards and cleaned out his home.

Witnesses, including the twins' father, testified William Cormier has always been the more-dominant twin and the leader. But Currey said that dynamic had changed before the killing.

Currey pointed to testimony from the twins' father, who said he thought Christopher Cormier was questioning his sexuality.

Currey also told jurors the conflicting testimony between his client and other witnesses could be because the witnesses didn't remember things accurately.

Cormier told Dugas' neighbor that Dugas was moving with him to Georgia; he told another man that he owned Dugas' home and that Dugas was a tenant who moved out; and he told investigators that he helped Dugas move to an unknown address in another city in Florida.

"He told you yesterday that he didn't do it. Every one of those 14 blow's to Sean's head say otherwise," Jensen said.

A medical examiner told jurors on Wednesday Dugas died from multiple blows to his head with a blunt-force instrument, likely a hammer.

Dr. Cassie Boggs, an assistant medical examiner from the Georgia Bureau of Investigation, said Dugas was in a fetal position in the storage container surrounded by sheets, a plastic tarp, air fresheners and spray foam used to seal cracks in walls. His body had to be cut from the bottom of the plastic bin because of the layer of concrete on the top, she said.

Jurors were visibly upset by the graphic descriptions and images from the autopsy. One wept openly.

Dugas' father looked down throughout testimony to avoid the graphic images. Dugas' mother, who clutched a photo of her son, left the courtroom.

Also Wednesday, Cormier's father told jurors that he received a call from a Pensacola detective in October of 2012 asking about Dugas' disappearance. The father said he woke his twin sons up and told them about the call.

"I said, 'What the hell is going on? There is a detective from Pensacola calling and somebody is missing,'" he testified.

Cormier responded that he needed to move what was buried the backyard, the father said.