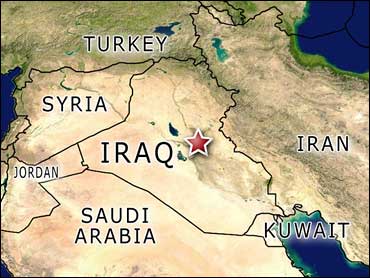 Iraqi officials say at least 27 people have been killed and more than 50 wounded in a twin car bombing in a crowded area outside a state-run bank in Baghdad.

Police and hospital officials say the casualty toll has risen as more victims are pulled from the debris after Sunday's devastating blasts.

The explosives-packed cars were parked at a major square, a few hundred yards apart, near a government agency that issues national identification cards, the telephone exchange building and a state-run bank.

The nearly simultaneous blasts occurred shortly after 11 a.m. as the area was crowded with people at the start of the work week.

Those killed included four policemen and two women, according to police and hospital officials, who confirmed the casualty toll on condition of anonymity because they weren't authorized to release the information to the media.

Persistent bombings in Baghdad and surrounding areas have raised fears that insurgents are stepping up attacks in a bid to foment unrest by exploiting political deadlock following inconclusive March 7 elections.

Last week, suspected al Qaeda in Iraq militants stormed the central bank and exchanged gunfire with Iraqi security forces in a standoff that brought part of the capital to a standstill.