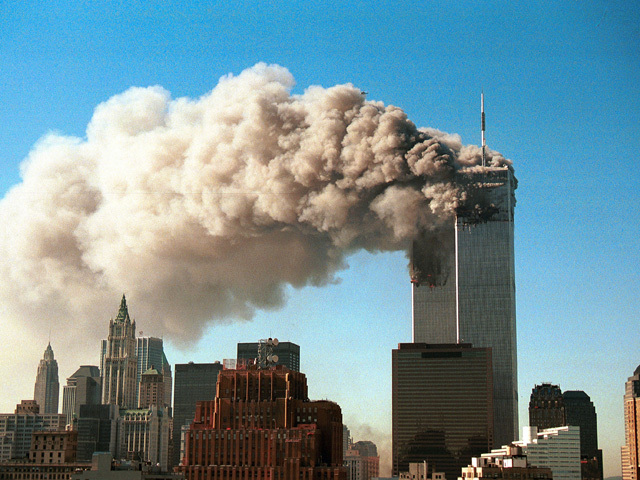 (CBS/AP) The Sept. 11, 2001, terrorist attack on the World Trade Center is the most memorable moment shared by television viewers during the last 50 years, according to a study released Wednesday.

Sony Electronics and Nielsen television research company collaborated on the study that ranked TV moments for their impact, not just by asking people whether they remembered watching them, but whether they can remember where they watched it and whether they talked about it with others.

The Sept. 11 attack, according to the study's measurement, was nearly twice as impactful as the second top-ranked moment - Hurricane Katrina in 2005.

The other biggest TV events, in order, were the 1995 verdict in the O.J. Simpson murder trial, the Challenger space shuttle explosion in 1986 and the death of Osama bin Laden last year, the survey found.

Television coverage of news events made the biggest difference in viewer's lives as opposed to entertainment events on television.

The Super Bowl is annually the most-watched TV event, with this year's game between the New York Giants and New England Patriots setting an all-time record with 111 million viewers, but the memories don't seem to linger.

The passage of time also had an effect on moments that were once thought to be unforgettable, including man's first moon landing in 1969.

Age also made a big difference in the survey. JFK's assassination was the second-most impactful TV event among people 55 and over, while for those between 18 and 34, it was the death of Osama bin Laden.

The study was based on an online questionnaire of 1,077 adults selected as a scientific sample among Nielsen's panel of people measured for television ratings. It was conducted between Feb. 15-17 of this year.