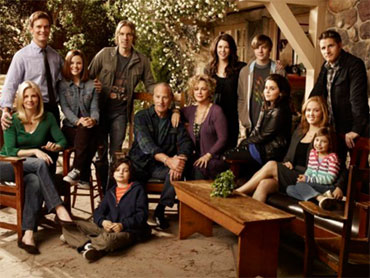 NBC's new drama "Parenthood" may not be No. 1 in the ratings, but it gave rise to the top Google search term on Wednesday - Asperger's syndrome.

In its second week, the Tuesday night show had a plotline in which stars Peter Krause and Monica Potter were told that their young son may have Asperger's, a high-functioning form of autism. Many victims are initially thought to be slow in social development or naturally quirky.

Asperger's topped the search engine's most popular search terms on Wednesday, and the misspelled version - assburgers - came in third most popular.

According to WebMD, the neurological disorder is characterized by poor social and communication skills, clumsiness, obsessive behavior and intense interest in a single topic. Its cause is not known, although it does tend to run in families.

There is no cure, but it can be treated with a combination of behavior modification, special education and physical, occupational or speech therapy. Medication is sometimes used to treat certain symptoms.

"Parenthood" had a so-so debut last week, but won its time slot. This week, overnight Nielsens show, the drama slipped 16 percent and came in second to CBS's "The Good Wife." It was still ahead of "The Jay Leno Show," which previously filled the time slot.