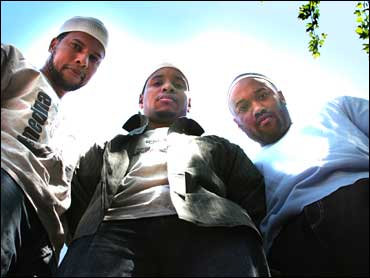 Whether it's Muslim hip-hop, classical dances of India, or a drumming program at a church soup kitchen, the arts have been a form of religious expression worldwide for centuries.

"The Arts Within Religion," an interfaith special to be broadcast Sunday, April 22 on CBS, profiles rappers Native Deen, South Indian classical dancer Swati Gupte Bhise, and the ArtSpirit program at The Church of Holy Apostles in New York City.

The members of Native Deen say their rap music promotes a message of tolerance and understanding while maintaining their religious and cultural identity.

"I think what they (listeners) will see is that this music is something that they can relate to. But we're talking from a different perspective," Naeem said.

The program also looks at "Bharatanatyam" the classical dance of South India. This art form originated 5,000 years ago in the temples of ancient India. Bhise is one of this tradition's foremost performers.

The Church of Holy Apostles is an Episcopal church that serves 1,000 hot meals a day, five days a week, making it the largest emergency food program in New York. Since 2005, the church has offered an arts program to guests of the soup kitchen.

"It's God working through the person, through their own creative energy," says the program's founder, Marion Williams. "Despite the external circumstances, they still have that spiritual core. And art can help to open the door to that and channel it into something constructive for their lives."

"The Arts Within Religion" is produced with the cooperation of the National Council of Churches, The U.S. Conference of Catholic Bishops, The Islamic Society of North America and a consortium of Jewish organizations.