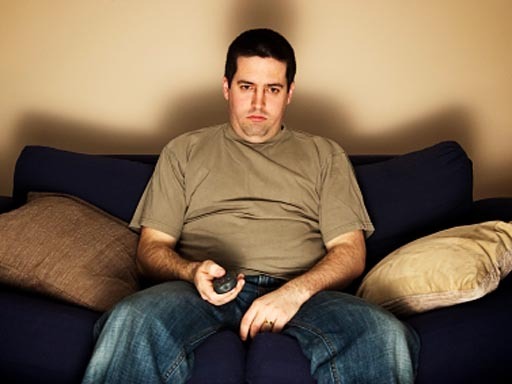 A new study suggests that mom's warning might not go far enough. It showed that too much television could make a person die sooner.

Pictures: 20 most sedentary cities in America

Researchers from the University of Queensland, Australia say every hour of TV watching after age 25 cuts almost 22 minutes off the viewer's lifespan.

For the study - published in the August 15 issue of the British Journal of Sports Medicine - researchers looked at TV viewing habits of 11,000 Aussies from the decade-long Australian Diabetes, Obesity and Lifestyle survey. Compared with adults who watch no TV, Australians who spend a lifetime average of 6 hours per day in front of the tube "can expect to live 4.8 years less," the authors wrote.

The study's author says watching television is as unhealthy as smoking or being obese.

"While smoking rates are declining, watching TV is not, which has implications at a population level," Dr Lennert Veerman, professor from the school of population health at the university, told The Guardian.

It's hard to pinpoint a direct cause. "The more time we spend watching TV, the more time we spend eating mindlessly in front of the TV, and the less time we spend being physically active," Dr. David L. Katz, founding director of the prevention research center at Yale University School of Medicine, told HealthDay. That in turn "means greater risk for obesity, and the chronic diseases it tends to anticipate, notably diabetes, heart disease and cancer."

This isn't the first time experts have pointed the finger at TV for contributing to health woes. CBS News reported a Harvard study of TV junkies showed two hours per day of tube time ups risks for developing type 2 diabetes by 20 percent and heart disease by 15 percent. More than three hours of daily viewing increased death risk across all diseases.

Wouldn't it be great if you could extend your lifestyle by just pushing a button? You might want to start with the one in the top right corner of your TV remote.