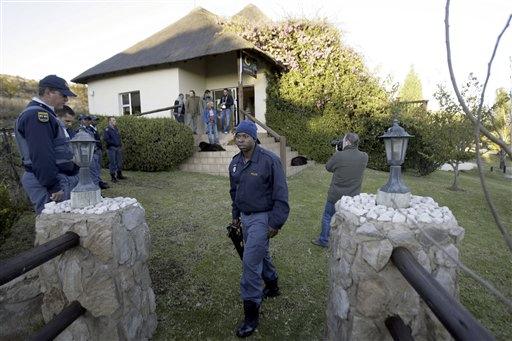 A TV reporter was sentenced Thursday to six months of home confinement for refusing to say who leaked him an FBI videotape of a politician taking a bribe.

Jim Taricani, 55, could have gotten up to six months in federal prison. He was found guilty last month of criminal contempt for defying U.S. District Judge Ernest Torres' order to identify his source.

Taricani, who has a transplanted heart, asked Torres for less than 30 days of home confinement because of health concerns. The prosecution on Thursday also advocated home confinement for Taricani, but said it should be for six months.

Taricani is one of several journalists nationwide who have become locked in First Amendment battles with the government over confidential sources. That includes reporters for Time and The New York Times who have been held in contempt as part of an investigation into the disclosure of an undercover CIA officer's identity.

Taricani broke no law by airing the tape, but attorneys, investigators and defendants were under court order not to disseminate any tapes connected to the probe, and a special prosecutor had been appointed to find out who leaked the tape.

After a three year investigation didn't turn up the source, in March Torres found Taricani in civil contempt and began fining him $1,000 a day to compel him to speak.

Taricani refused, saying he had an obligation to his source. The reporter called his Nov. 18 criminal contempt verdict an "assault on journalistic freedom."

Less than a week after Taricani was convicted, Providence lawyer Joseph Bevilacqua Jr. came forward and admitted he leaked the tape. Bevilacqua was the lawyer for former city tax official Joseph Pannone, who pleaded guilty in the corruption scandal.

Bevilacqua told prosecutors he never required Taricani to withhold his identity and that Taricani asked him not to come forward. He repeated that in testimony Thursday.

Taricani, however, said Bevilacqua repeatedly insisted that his identity be kept confidential in numerous conversations during the last three years.