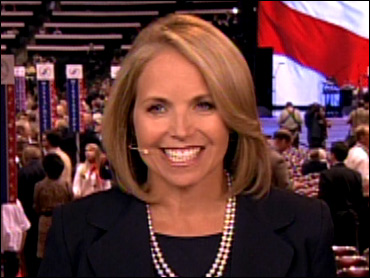 The inauguration of Barack Obama is a reminder of how the story that dominated airwaves during 2008 is over, leaving television news organizations to contemplate life without it in the midst of a brutal economy.

The campaign gave TV news heaps of stories and advertising revenue. If Tuesday's inauguration is a closing act, broadcast and cable networks are taking advantage with hours and hours of coverage.

CNN, Fox News Channel and MSNBC now face the inevitable audience erosion that comes when any big story goes away. Obama has tough problems and there won't be a shortage of news as he attacks them, but campaigning is a better TV story than governing.

"There will be a continued pressure on the news networks to sustain audience interest," said Aaron Cohen, chief media negotiator for the advertising firm Horizon Media. "The things going on at CNN (a weekly show by comic D.L. Hughley, comedian Kathy Griffin's New Year's Eve gig) are an indication that people are looking to do different things in order to broaden their audience."

Executives hope that their networks became habit-forming during the campaign, and there are some early positive signs that they did.

As might be expected, the prime-time audience at each network slipped between November and December (43 percent for CNN, 42 percent for MSNBC and 28 percent for Fox, according to Nielsen Media Research).

The picture changes with a wider view. MSNBC's prime-time average of 1 million viewers in December was nearly double what it was in December 2007, Nielsen said. Fox's December audience was up 35 percent from a year earlier, and CNN was up 33 percent.

Fox remains dominant, its loyal audience in December double that of CNN or MSNBC. Stable for a long time, Fox has made some changes _ bringing in Glenn Beck from CNN Headline News for an evening show, replacing Brit Hume with Brett Baier and having Sean Hannity now go it alone.

With Keith Olbermann and Rachel Maddow, MSNBC established a clear identity as a prime-time home for liberals. Even facing a potential advertising downturn, CNN has projected optimism by continuing to spend on overseas bureaus and technology such as the Election Night hologram.

CNN's ability to get a bigger audience than CBS and NBC on Election Night may well be remembered as a real turning point in television news history: The days of ABC, CBS and NBC as the default places to follow big news stories are over.

Each of the broadcast networks have been actively trimming costs with the economic downturn. NBC News' parent company, NBC Universal, cut jobs by 5 percent over the past year, and the news division generally followed that blueprint. ABC News has entered an overseas relationship with the BBC where, for example, the British broadcaster provides day-to-day coverage in Iraq so ABC doesn't have to keep a full-time correspondent there. The network is also expected to scale back its political team.

One good thing for the broadcasters is that their flagship news programs were remarkably resistant to big swings in viewership. The evening newscasts didn't gain much from the campaign and haven't lost anything with its end; viewership was up in December compared to December 2007, according to Nielsen.

The networks all see overseas coverage as a way to cut costs, stocking ranks with people who can quickly produce, shoot and write while eliminating the need for bureaus with large staffs. It enabled CBS, for example, to cut jobs in Moscow, Tokyo and Tel Aviv, Israel.

That strategy, coupled with the rise of video services, has network executives convinced they can provide the same coverage by spending less. Porter Bibb, managing partner at Mediatech Capital Partners, a financier of media businesses, wonders if something is lost by having fewer people on the ground all over the world.

"The news departments are shadows of what they were 10 years ago at all the major networs," Bibb said. "But it's the same thing at the programming departments."

Years of cutbacks have the TV news departments in better shape than other struggling media sectors, like newspapers and local TV news operations. The latter has been severely hit by a loss in advertising. The fact that network news divisions are relatively small parts of much bigger companies may help them weather storms, said Michael Nathanson, an analyst with Bernstein Research.

"I think we've taken all the steps that we need to take," said Sean McManus, CBS News president. "I have absolutely zero doubt in my mind that we have enough resources that we need, both nationally and internationally, to cover the news as well as we ever have."