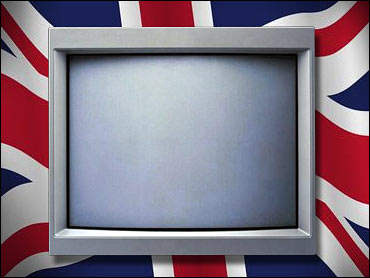 Take a difficult teenager, send him to a top boarding school charging thousands of dollars a year, and watch as he blossoms into a high-achieving advertisement for good education.

That was the idea behind a British TV show that plucked 14-year-old Ryan Bell from a south London housing project and paid for him to attend the exclusive Downside School in western England.

For nearly two years, the experiment seemed to work: Bell, expelled from his previous school for disruptive behavior and considered unteachable, became a star pupil at Downside. He outperformed classmates in biology and Latin and excelled at rugby.

Ryan's story was part of a television series called "Second Chance" that was broadcast by Britain's Channel 4.

But the TV fairy tale turned sour this week when the $24,000-a-year school run by Benedictine monks expelled Bell, now 16, after a Sunday afternoon drinking binge sent him to a hospital with alcohol poisoning.

"Since this is Ryan's third suspension for a serious breach of school regulations, I have decided with regret that Ryan will not be readmitted to Downside," headmaster Leo Maidlow Davis said in a statement.

The school refused to give details of Bell's other breaches of conduct. The Times newspaper reported that one incident allegedly involved taking the data card from another pupil's cell phone.

"In spite of this sad event, Downside believes that Ryan is an able and gifted young person who has developed during almost two years at the school," Davis said. "Downside hopes to be able to assist Ryan as he looks for a way forward in his life."

Channel 4, which aired the series on Ryan's progress at Downside last month, affirmed its "commitment to support Ryan and his family in whatever they decide the next step should be."

"The family is considering a range of options," the station said in a statement. "We are very disappointed for Ryan, but at the same time feel he's made tremendous strides in his past two years at Downside."

A spokeswoman for Channel 4 said Bell's mother, an unemployed catering worker, had found the expulsion "deeply upsetting" and didn't wish to speak to the press. She also didn't want her son to be interviewed.

The spokeswoman, Sophie Toumazis, said Channel 4 would pay Bell's fees if he decided to attend another private school. She also rejected claims by residents of Bell's Larkhall housing project, reported in The Times, that Channel 4 had "played God" with the teenager.

"The reason that's not fair is because we worked with the consent of the child, his mother and educationalists on the project," Toumazis told The Associated Press in a phone interview. "We're still continuing to do that. We're giving them as much support and advice as we can."