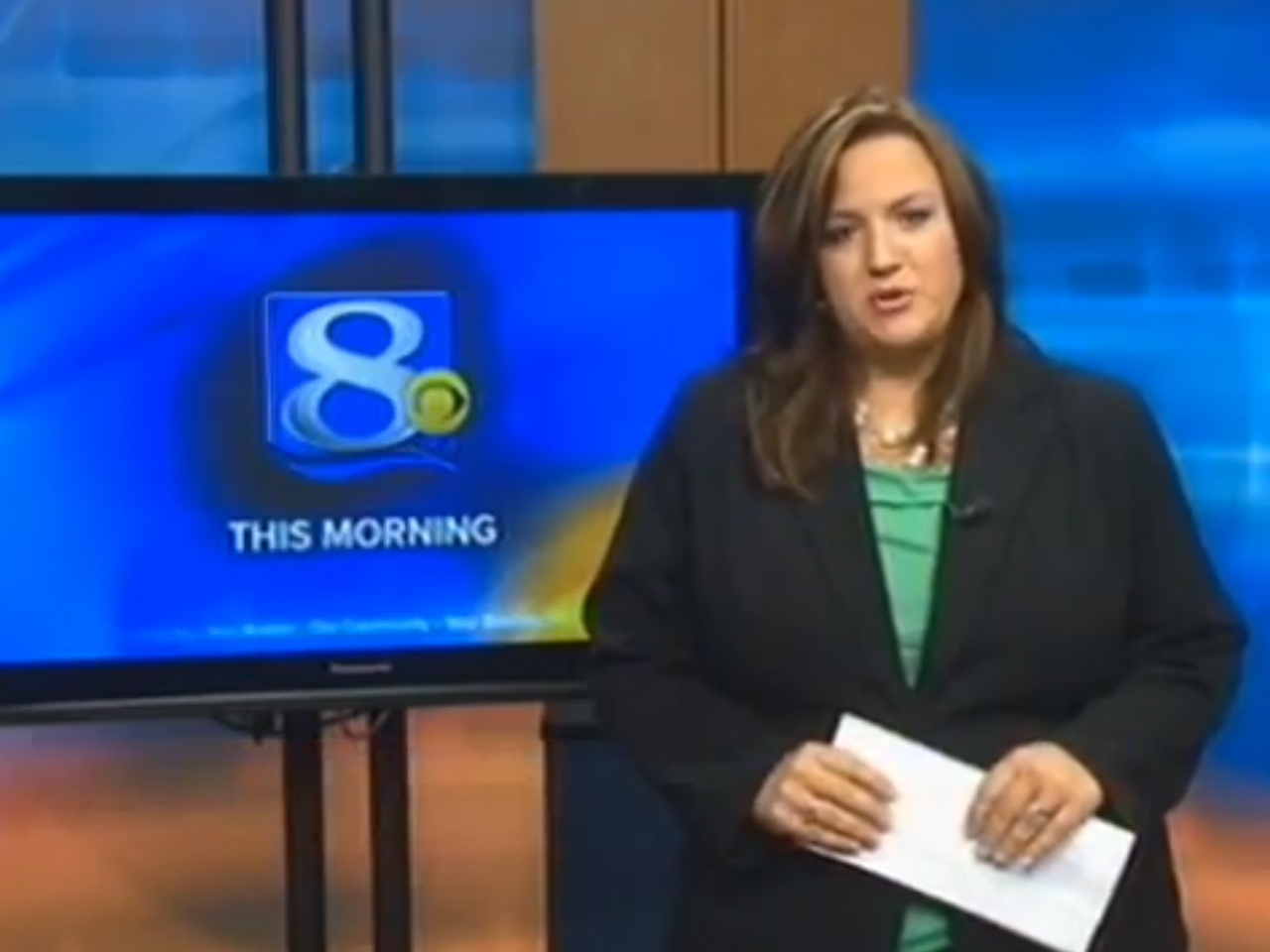 Instead of letting a bully's harsh words about her weight bring her down, WKBT-TV news anchor Jennifer Livingston decided to speak up.

In an editorial for CBS affiliate WKBT-TV in La Crosse, Wisc., Livingston read the cruel letter that blamed the anchor for her lack of "community responsibility" because she was obese.

"Obesity is one of the worst choices a person can make and one of the most dangerous habits to maintain," the sender wrote. "I leave you this note hoping that you'll reconsider your responsibility as a local public personality to present and promote a healthy lifestyle."

Livingston admitted she tried her best to "laugh off the very hurtful attack on my appearance," but her colleagues - including her husband and fellow WKBT-TV anchor Mike Thompson -- were outraged. Thompson posted the letter on his Facebook page, and hundreds commented to show support and pledge to help stop bullying attacks like this.

"The truth is I am overweight," Livingston said during the broadcast. "You can call me fat and yes, even obese on a doctor's chart. To the person who wrote me that letter, do you think I don't know that? Your cruel words are pointing out something I don't see? You don't know me. You are not a friend of mine. You are not a part of my family, and you admitted that you don't watch this show so you know nothing about me besides what you see on the outside -- and I am much more than a number on a scale."

Livingston then used the incident to remind people that many others, especially children, are bullied every day, and it needs to be stopped.

Livingston's statement against bullying comes during October's National Bullying Prevention Awareness Month. The PACER Center, an organization funded by the U.S. Department of Education's Office of Special Education Programs, started the campaign in 2006 to bring awareness to the issue and encourage everyone to actively do their part to end bullying.

Bullying can consist of verbal, social and/or physical abuse by a person who uses their power to belittle their peers over a period of time, according to StopBullying.gov. The 2011 Youth Risk Behavior Surveillance System by the Centers for Disease Control and Prevention estimates that 20 percent of high school students have experienced bullying. Likewise, the 2008-2009 School Crime supplement by the National Center for Education found that 28 percent of students in grades 6 through 12 had been bullied.

Children who are often different from their peers including those who are overweight or underweight, those who seem weak and those who are depressed or anxious are more likely to abused. Other factors, such as being an LGBT teen or a youth or having a disability may also increase the chance of being bullied. A recent study published in September 2012 in the Archives of Pediatrics & Adolescent Medicine showed that about half of children with autism are bulled.

In addition to local events around the country, PACER and their partners are encouraging people to sign a digital "The End of Bullying Begins With Me" petition and participate in a Unity Day. On Oct. 10, people are asked to wear orange to support students who have been bullied.

To learn more about bullying and what you can do to prevent it, visit StopBullying.gov.