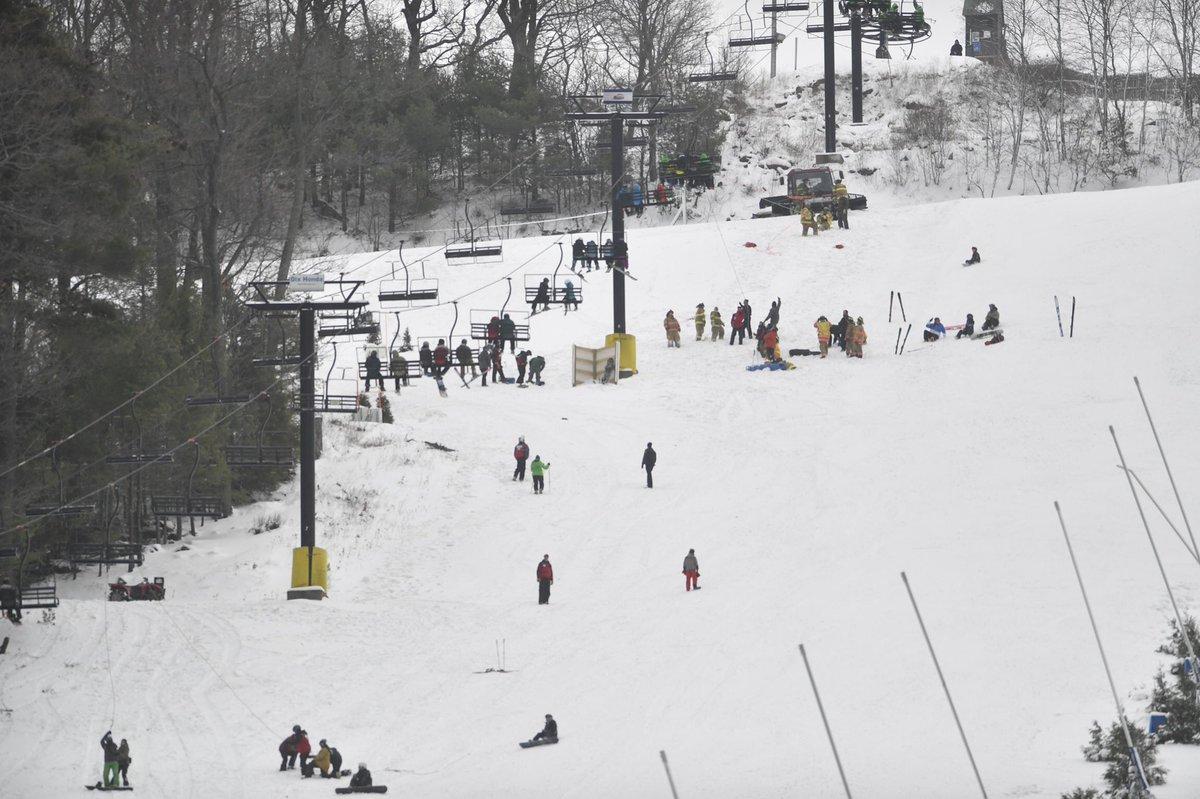 Around 10 a.m. Saturday, a chair carrying skiers and snowboarders slipped along the haul rope and slid backward into another chair, officials with Tussey Mountain ski resort in Centre County, around 82 miles northwest of Harrisburg, said. That caused a domino effect to several other lift chairs.

The Centre Daily Times reports riders were lowered from the ride with ropes and that several people were transported from the scene in ambulances. It's unclear how many people were injured in the incident.

State College police Lt. Bradley Smail said he believed more than 50 people were stranded and it took over an hour to get everyone down. He said five had minor injuries. A Tussey Mountain spokesman said he didn't know how many people were affected.

Tussey Mountain, which opened for the season Saturday, said the equipment had passed tests by the state Department of Labor & Industry's Bureau of Occupational and Industrial Safety Elevator Division. But officials said they have contacted the manufacturer to diagnose what caused the malfunction and would talk to "appropriate state agencies" before re-opening.

"We take the safety of our guests very seriously, and are saddened to learn that there were non-life threatening injuries as a result of this accident," the company said. "We sincerely apologize for the inconvenience this caused to all of our skiers and snowboarders."