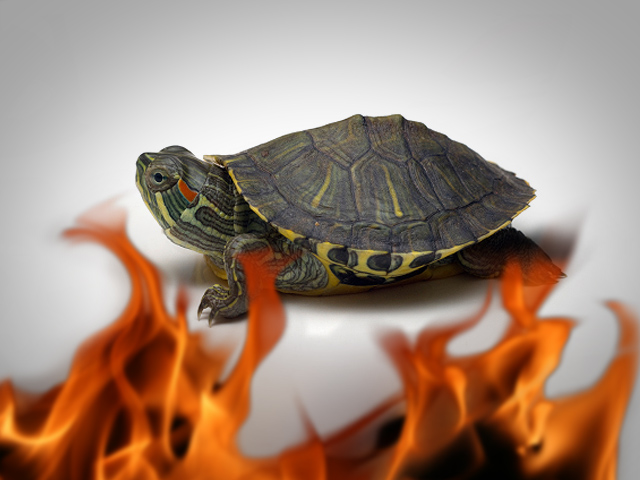 NEW YORK - Fire officials said a lumbering pet turtle sparked a fast-moving fire in a New York City apartment after crawling out of its tank and knocking over the terrarium's heat lamp.

Giovani, a 6-year-old African tortoise about the size of a soccer ball, survived. But officials say one firefighter and three police officers suffered smoke inhalation in Monday's fire in Bay Ridge, Brooklyn.

Another turtle that lived in a water tank was killed.

The New York Post says both reptiles resided in their owner's bedroom. Eighteen-year-old Mohamed Salem and his family were not home at the time.

Fire officials say the heat lamp crashed to the floor, igniting a pile of art supplies, including thinner and paint. Within minutes, the Post reports, the fire spread through the third floor apartment.