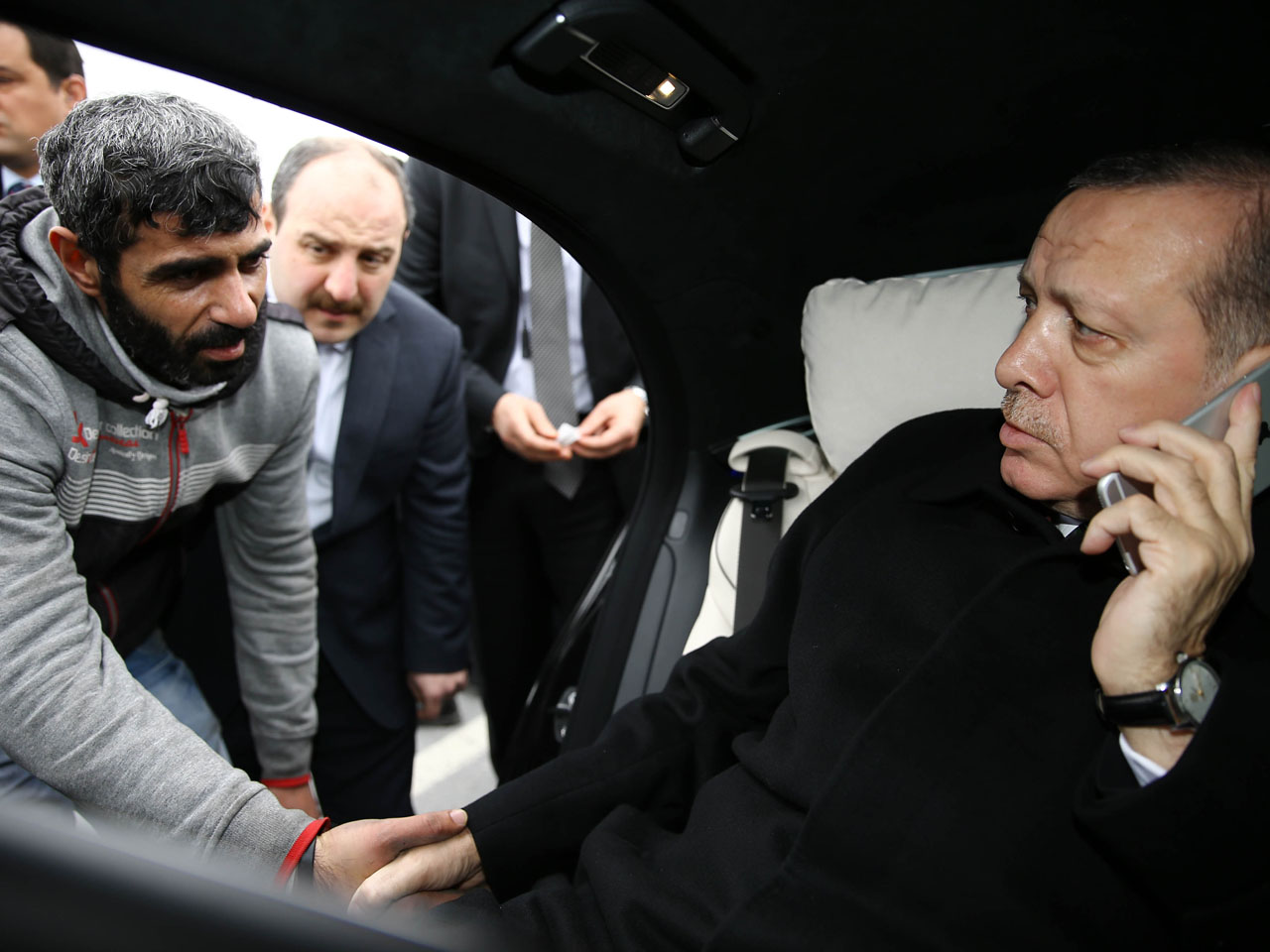 ANKARA, Turkey - Turkish President Recep Tayyip Erdogan's office says Erdogan has talked a man out of jumping off a bridge.

Television footage on Friday showed Erdogan's motorcade stopping on Istanbul's Bosporus Bridge, where a man was apparently contemplating jumping off. Erdogan's aides are heard telling the man that the president wants to speak to him, then seen escorting him to Erdogan's car. Erdogan does not leave his vehicle and keeps his phone pressed to his ear, but the man leans in and the two are seen talking.

An official from Erdogan's office told The Associated Press the man was depressed because of family issues.

Erdogan promised to help, said the official, who spoke on condition of anonymity in line with government regulations.