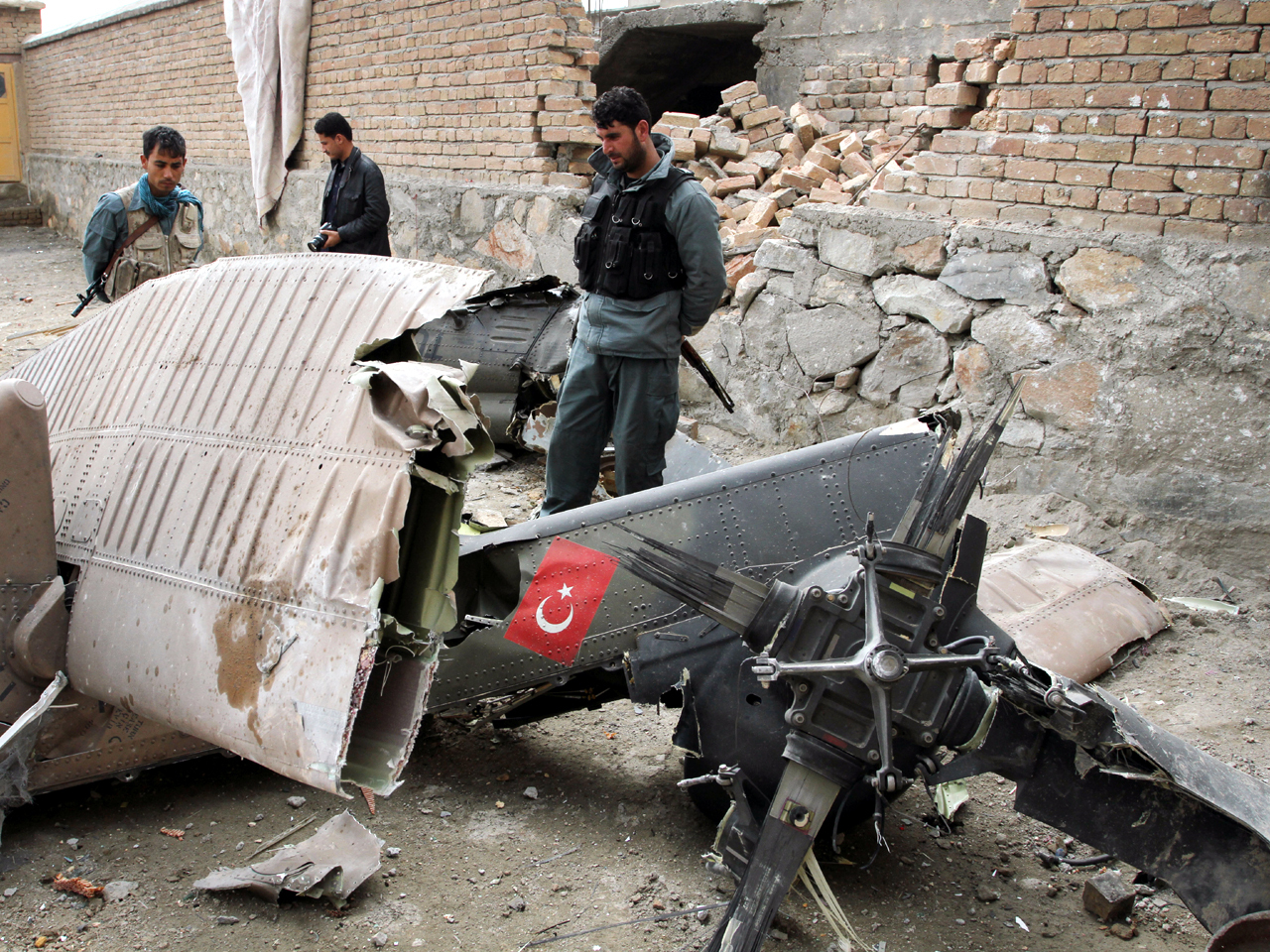 (AP) KABUL, Afghanistan - A Turkish military helicopter crashed into a house near the Afghan capital Friday, killing 12 Turkish soldiers on board and two girls on the ground, Turkish and Afghan officials said.

It was by far the deadliest incident involving Turkish soldiers in Afghanistan, where they have a noncombat role.

The helicopter, a Sikorsky, was on a mission for U.S.-led NATO forces when it went down near Kabul, the Turkish military said in a statement.

"Twelve of our military personnel on board were martyred," it said.

There was no enemy activity in the area at the time of the crash, NATO said.

Turkish Prime Minister Recep Tayyip Erdogan said the helicopter was one of two that took off on Friday.

"Unfortunately, the one in front came down for an unknown reason," he said.

He said there were officers and noncommissioned officers on board.

Turkish Foreign Minister Ahmet Davutoglu told reporters it appeared that the helicopter crashed while trying to make an emergency landing and that the pilot tried to avoid houses.

"It is a grave accident. Our grief is deep," he said.

The helicopter clipped one house and then crashed into another, said Sayed Qayum, an Afghan resident who witnessed the aircraft go down.

The crash blew several large holes in the three-story brick house that was hit. Parts of the building were scorched black by fire, and wreckage of the helicopter was scattered outside. One piece had a red and white Turkish flag painted on it.

The Afghan Interior Ministry said the two people who were killed on the ground were young girls. A woman and another child were wounded, it said.

The aircraft went down in the Hassian Khail area of the Bagrami district of Kabul province.

The crash was the deadliest in Afghanistan for NATO forces since August, when 30 American troops died when a Chinook helicopter was apparently shot down in Wardak province in the center of the country.

Turkey has about 1,800 troops in Afghanistan and leads NATO operations in Kabul province. The force has suffered relatively few casualties because of its noncombat role.

In 2009, two Turkish soldiers, one of them a colonel, were killed in a traffic accident in northern Afghanistan.