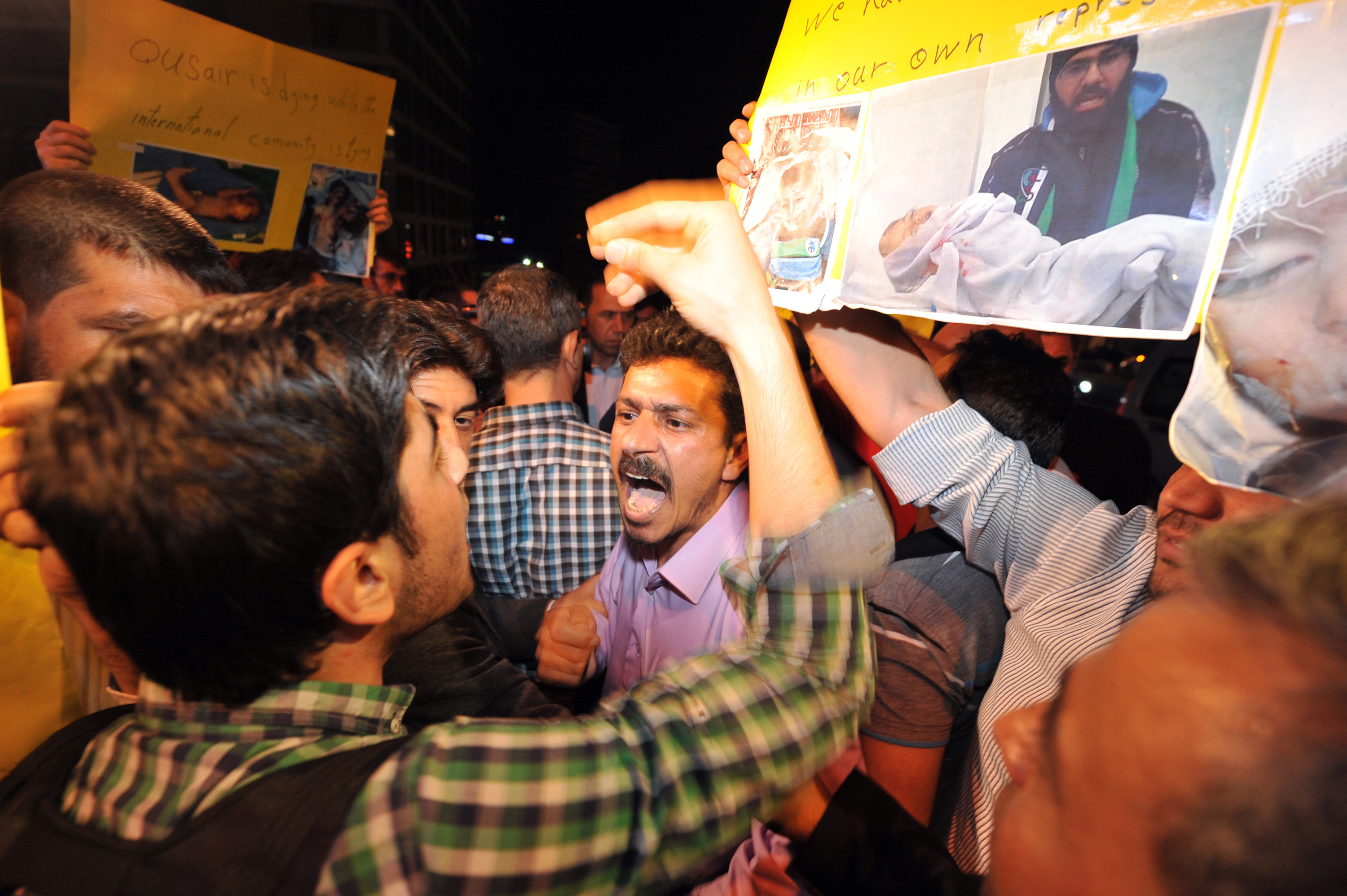 ANKARA, Turkey Turkey's military on Thursday returned fire after shots were fired at an armored personnel carrier from across the border with Syria.

A military statement said a group of around three to five people from across the border fired up to 15 shots toward the vehicle that was patrolling an area near the Orontes River, on the frontier. Turkish state-run TRT television said no one was wounded and the military said the group escaped and "disappeared from view" when it fired back.

Turkey has repeatedly struck back at the Syrian military in response to shelling and mortar rounds that landed on its territory since shells from Syria struck a Turkish village in October, killing five people. The incident prompted NATO to send anti-aircraft batteries to the area to protect Turkey.

Thursday's incident was the first time the military has responded to shots fired from across the border and comes at a time of increased fears that Turkey and other neighbors of Syria are being drawn into the country's civil war.

Turkey was once a close ally of Syria, but has now turned into one of Syrian President Bashar Assad regime's harshest critics. It is a key supporter of the Syrian rebels, offering shelter for many senior and lower-ranking defected Syrian soldiers.

Turkey has blamed Syria for a pair of car bombings at the border town of Reyhanli on May 11, which killed 52 people. Syria has denied any involvement.

Assad's comment on the arrival of the long-range S-300 air defense missiles in Syria could further ratchet up tensions in the region and undermine efforts to hold U.N.-sponsored talks with Syria's warring sides.

Thursday's development comes as CBS News correspondent Margaret Brennan reports that U.S. Ambassador Robert Ford, one of the men trying to get both sides to the table at the upcoming peace conference, will be stepping down from his post this summer.