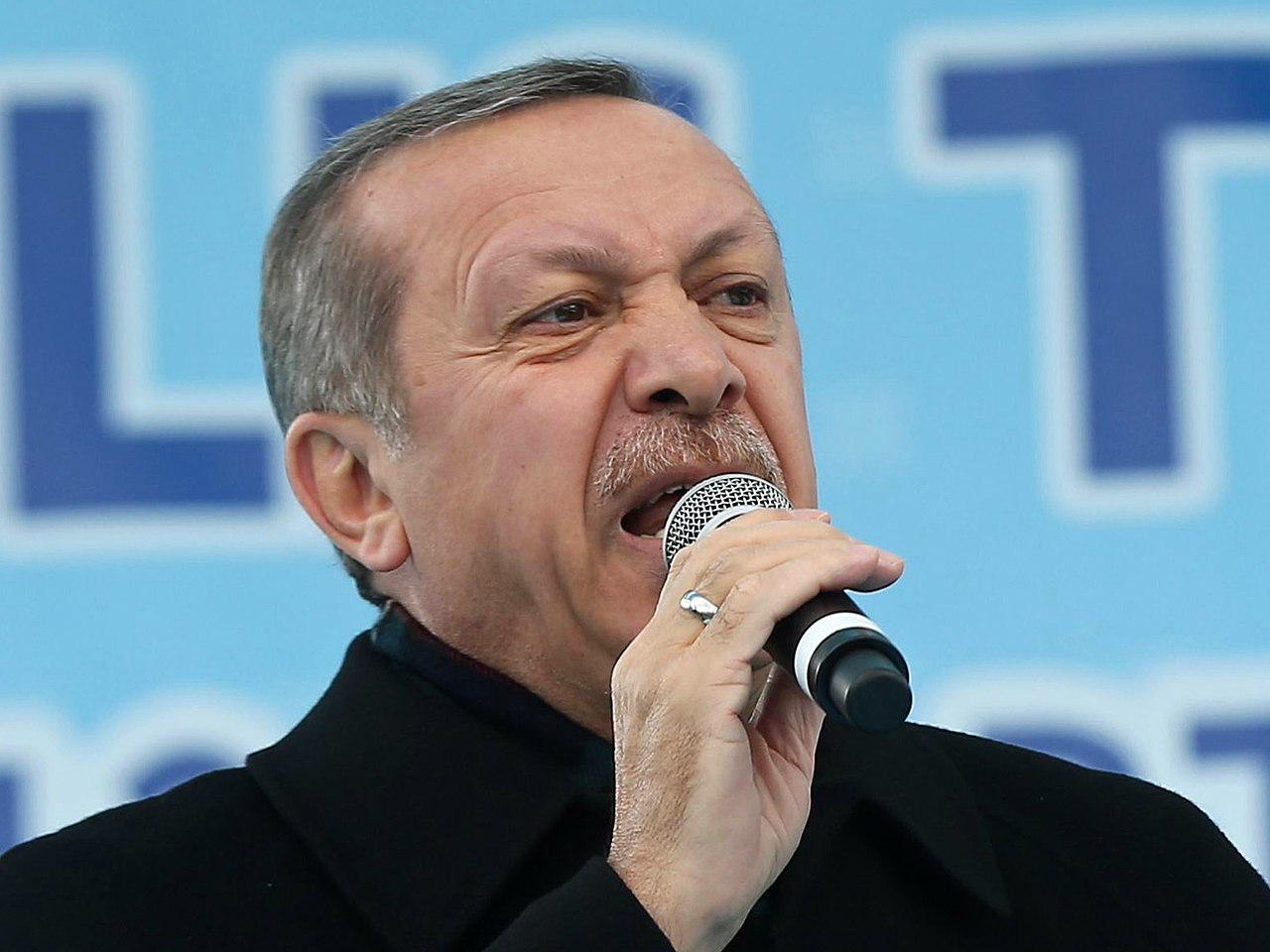 ANKARA, Turkey -- Turkey blocked access to Twitter on Friday after Prime Minister Recep Tayyip Erdogan threatened to "rip out the roots" of the social media network where links have proliferated to recordings that appear to incriminate the Turkish leader and other top officials in high-level corruption.

Turkey in the past blocked access to YouTube, but it is the first ban on Twitter, which is hugely popular in the country and was instrumental in organizing flash protests against the government last year. Uproar over the recordings has damaged the government's reputation ahead of local elections this month.

Many -- although not all -- users trying to access the network early on Friday instead saw a notice from Turkey's telecommunications authority, citing four court orders.

Twitter spokesman Nu Wexler said the company was "looking into this now," without saying whether an outage had occurred in the country.

Twitter's policy account earlier sent out messages telling Turkish users in both English and Turkish they could send out tweets by using short message service, or "SMS." It was unclear if tweets sent this way would be viewable within the country.

Links to the leaked recordings have been popping up on Turkish Twitter accounts, including one in which a voice resembling Erdogan's instructs his son to dispose of large amounts of cash from a residence amid a police graft investigation. Erdogan, who denies corruption, said the recording was fabricated and part of plot by followers of an influential U.S.-based Muslim cleric to discredit the government ahead of the March 30 elections.

The original source of the recordings is unclear.

At an election rally on Thursday, Erdogan vowed to take steps against Twitter regardless of "what the international community will say."