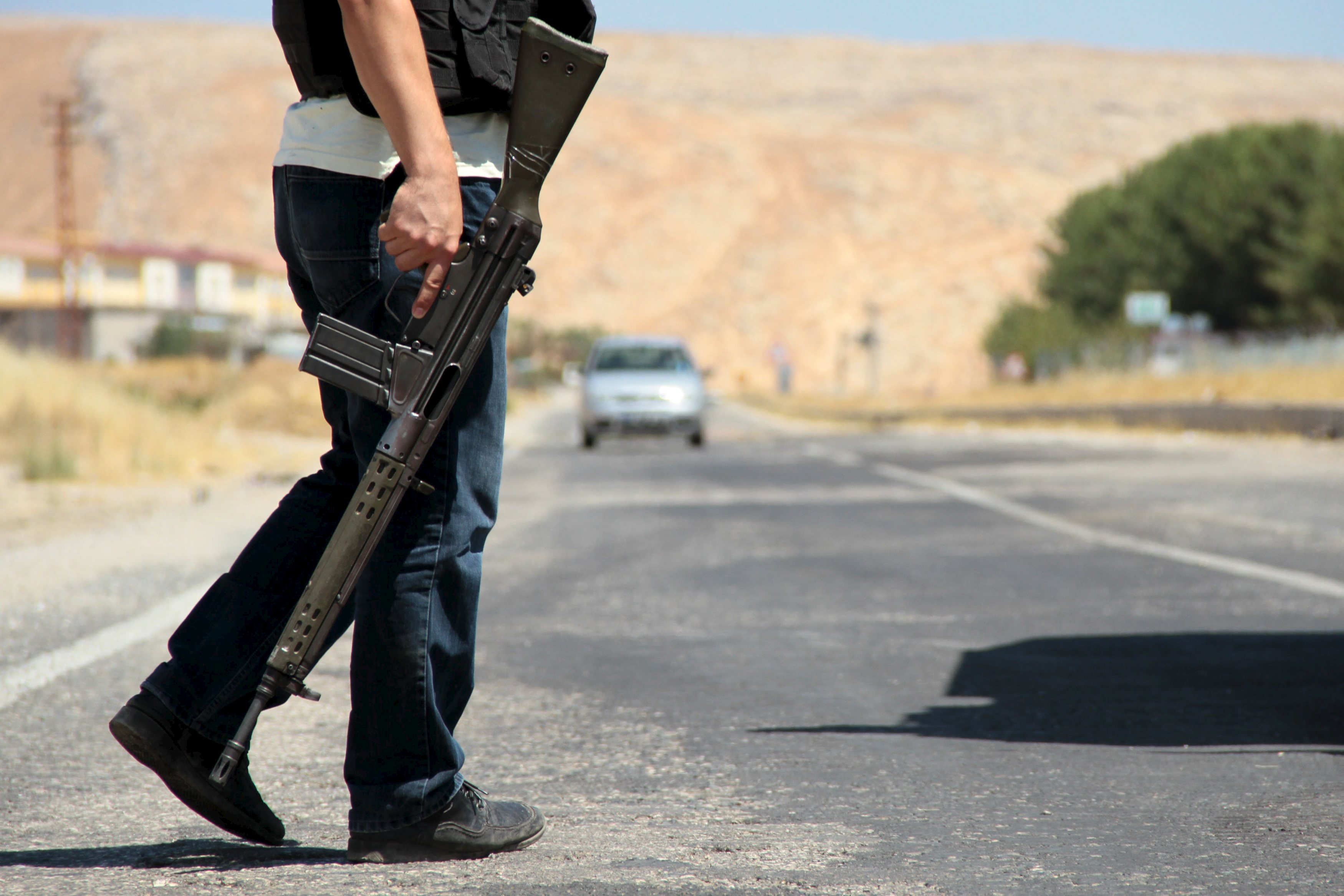 ANKARA, Turkey -- A lawyer representing two Vice News journalists and their assistant has denounced a Turkish court's decision to arrest them on terror-related charges, calling it a government attempt to deter foreign media from reporting on the conflict with Kurdish rebels.

The two British journalists and their Turkey-based assistant were formally arrested late Thursday in Diyarbakir, the main city in Turkey's mostly Kurdish southeast, where renewed fighting has killed scores of people.

Tahir Elci, head of the Diyarbakir Bar Association, on Tuesday said the arrests were a government move to prevent international media from reporting from the area, after Turkey earlier this year gave police heightened powers to crackdown on protesters.

A government spokesman denied the accusation and said authorities would soon make a statement on the arrests.

A Turkish court charged the journalists, correspondent Jake Hanrahan and cameraman Philip Pendlebury, and their assistant Monday with "aiding a terrorist organization" and ordered them arrested pending trial. Their employer called the charges "baseless and alarmingly false."

It wasn't immediately clear which organization the journalists were accused of aiding.

It is not uncommon for journalists to be taken into custody while reporting from Turkey's mostly Kurdish regions and several Kurdish journalists have been jailed for alleged links to the Kurdish rebels. While foreigners, including some journalists, were arrested and prosecuted in the 1990s on charges of spreading terrorist propaganda, such trials had become rare in recent years.

"Today the Turkish government has leveled baseless and alarmingly false charges of 'working on behalf of a terrorist organization' against three Vice News reporters, in an attempt to intimidate and censor their coverage," said Kevin Sutcliffe, Vice News' head of news programming Europe.

"Prior to being unjustly detained, these journalists were reporting and documenting the situation" in Diyarbakir, he said.

The three were detained in Diyarbakir's Baglar district where Kurdish youths frequently clash with security officials.

Sutcliffe called for the immediate and safe release of the journalists.

"Vice News condemns in the strongest possible terms the Turkish government's attempts to silence our reporters who have been providing vital coverage from the region," Sutcliffe said. "We continue to work with all relevant authorities to expedite the safe release of our three colleagues and friends."

The U.S. urged Turkish authorities to "ensure their actions uphold universal democratic values, including due process, freedom of expression as well as access to media and information," U.S. State Department spokesman Mark Toner said in Washington.

Renewed conflict in Turkey's mostly ethnic Kurdish southeast has seen about 60 soldiers, police and village guards killed since July. Clashes between government security forces and rebels of the Kurdistan Workers' Party, or PKK, also have killed around 90 rebels, according to state-run media. The fighting has wrecked a 2 1/2-year-old peace process.

In January, a Dutch freelance journalist based in Diyarbakir was briefly arrested and later acquitted of charges of engaging in propaganda in favor of the Kurdish rebel group in a series of social media postings.