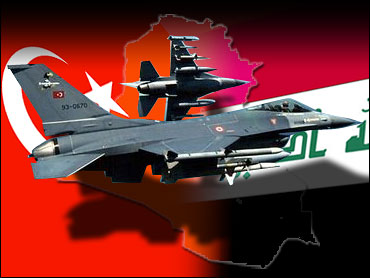 Maj. Gen. Fahri Kir, the head of the military's internal security operations, said the rebel casualties occurred in a series of raids in the Hakurk area on May 20.

Another 20 rebels were killed in northern Iraq this week, he said.

Kir said the number of rebels killed since March has exceeded 150, including 30 guerrillas killed in clashes inside Turkey. Turkish security forces have suffered 43 losses in the same period, he said.

The United States has been providing intelligence about Kurdish rebel positions, he said, in what he described as successful cooperation.