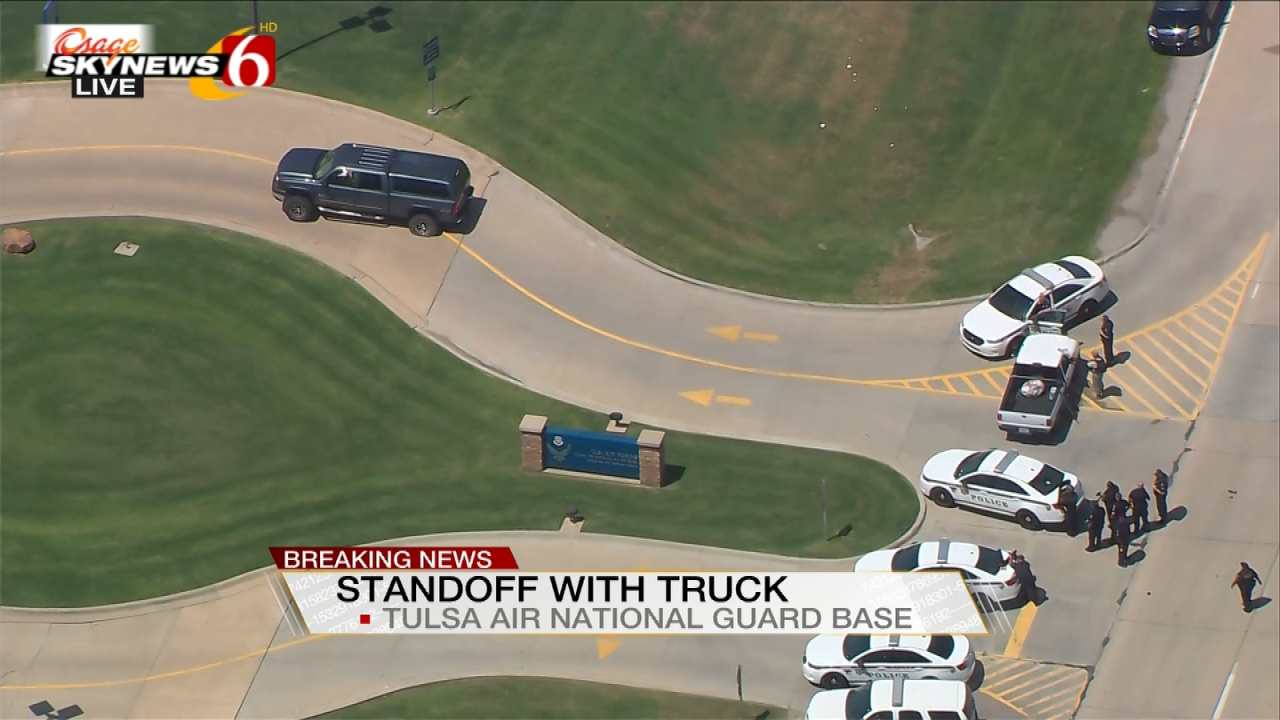 TULSA, Okla. -- A woman in a pickup truck who engaged police in a two-hour standoff outside the entrance gate to the Tulsa Air National Guard Base in Tulsa Monday has been taken into custody, reports CBS affiliate KOTV.

According to the Oklahoma National Guard, 29-year-old Heather Thomas drove up to the front gate of the base around 11:30 a.m. and told employees she had an explosive device. Officials say Thomas refused to get out of the truck because she told officers if she put the truck into park it would explode.

A witness told the station the woman had been driving the dark green four-door Chevrolet pickup in a circle waving what appeared to be a white flag or cloth out the window.

Around 1:30 p.m., police got Thomas to step out of the truck as a German Shepherd jumped out of the passenger side window. Thomas was reportedly arrested and ordered to undergo a mental health evaluation as her family members took in the dog.

Police determined the truck was safe.

The base, home to the 138th Fighter Wing, is at the north end of Tulsa International Airport.

"We are extremely grateful to the brave men and women of the Tulsa Police Department and the other agencies that responded to the scene and resolved this situation peacefully and without incident," Okla. Air National Guard Col. Tray Siegfried told the station. "It could have been much worse."