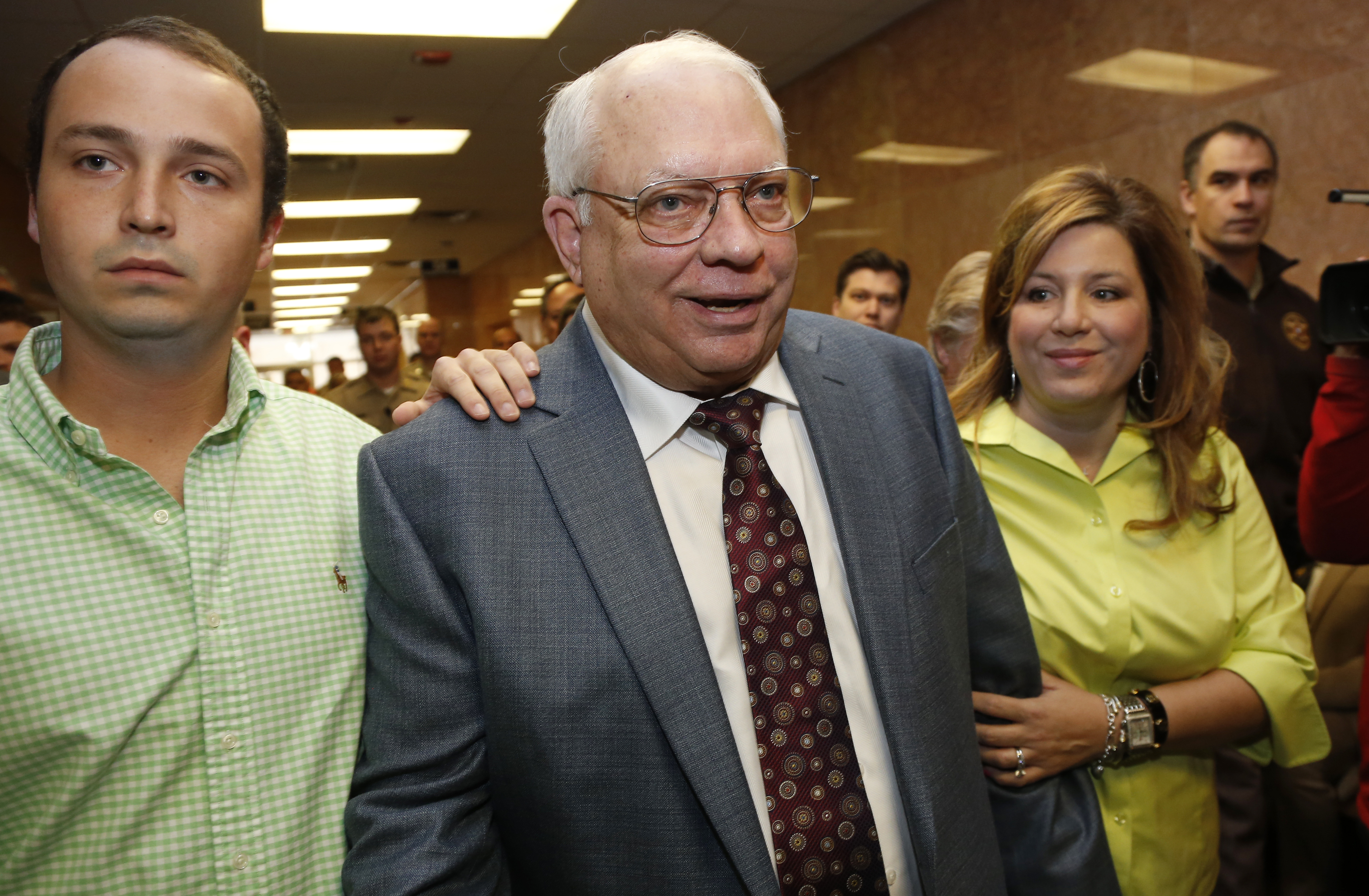 TULSA, Okla. -- A volunteer sheriff's deputy plans to vacation in the Bahamas while facing a second-degree manslaughter charge in Oklahoma, his attorneys told a judge Tuesday, drawing immediate criticism from the family of the man he killed.

Robert Bates pleaded not guilty during the hearing in Tulsa district court. The 73-year-old former insurance executive has said he confused his handgun for a stun gun when he shot Eric Harris after the suspect ran during a sting investigation involving gun sales.

Bates' lawyers told the judge that Bates, a reserve deputy with the Tulsa County sheriff's office, and his family planned to take their previously planned vacation ahead of his next court date in July.

"It's really not an issue," Corbin Brewster, one of Bates' attorneys, said in an interview after the hearing.

Harris' family criticized the trip, saying it sends a message "of apathy with respect to the shooting and Eric's life."

"At a time when we are still mourning the death of a loved one that he shot down in the street, Mr. Bates will be relaxing and enjoying his wealth and privilege," the family said in a statement released Tuesday.

Bates was charged after the sheriff's office released video of the shooting, in which Bates is overheard apologizing for shooting the suspect.

Harris' family has questioned whether Bates was qualified to conduct police work. Their attorneys allege that the Tulsa County Sheriff's Office violated several of its own policies by not keeping a permanent record of Bates' certifications and allowing him to carry his personal handgun after training on another weapon.

Bates, who sold his insurance business for $6 million in 1999, was trained to be a Tulsa Police Department patrolman in 1964, but he left the department in 1965.

He was out of law enforcement for 35 years before returning for volunteer work in Florida in 2000, and the Tulsa County force in 2008. Bates also made several donations to the Tulsa County sheriff's office, and was Glanz' campaign manager during the 2012 election.

On Monday, Glanz said he's known Bates for about 25 years and said that at one time, the two had traveled to the Bahamas together with other colleagues.