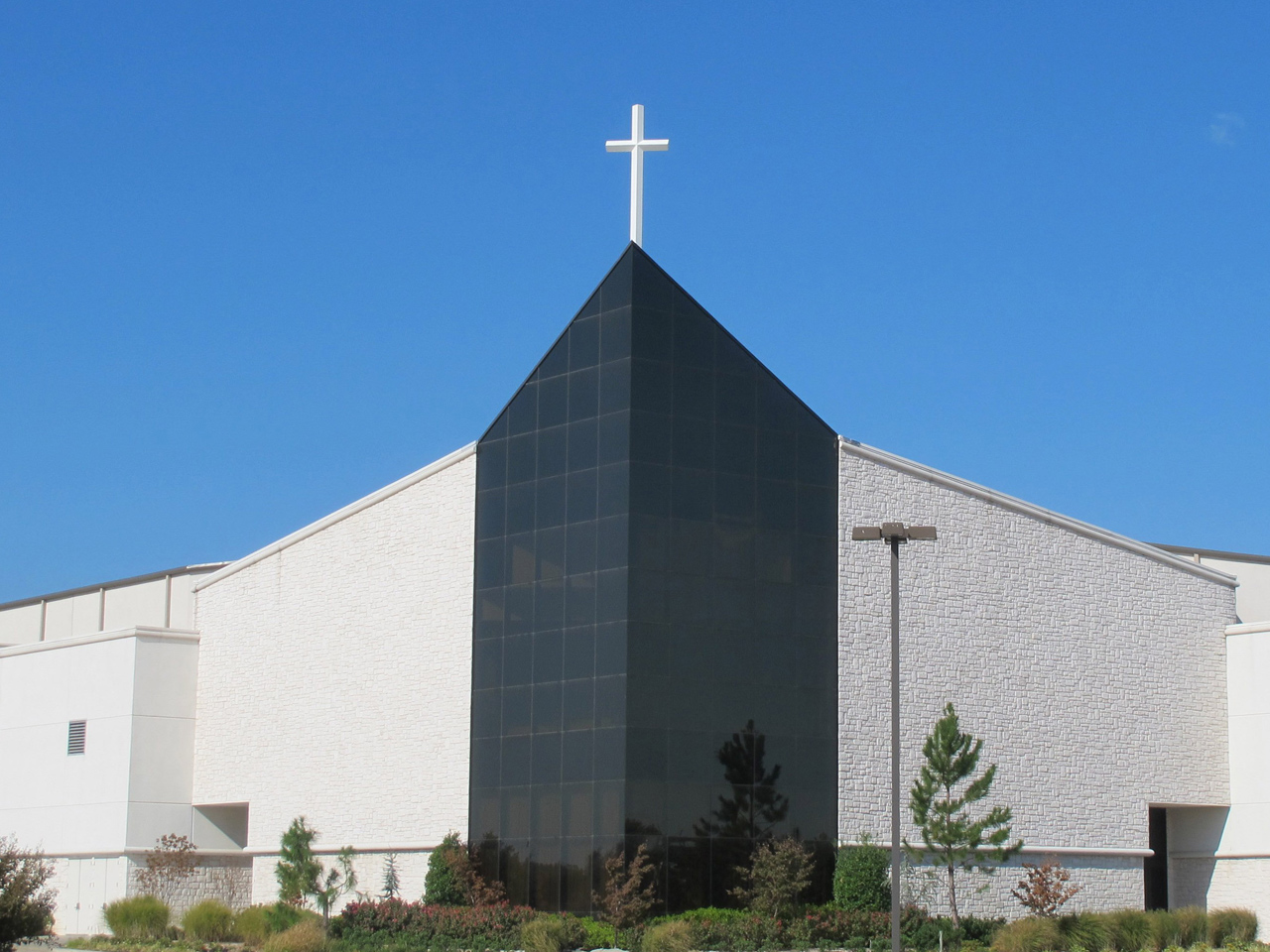 (AP) TULSA, Okla. - A 17,000-member megachurch deep in Oklahoma's Bible Belt has been rattled by allegations that five employees waited two weeks to report the rape of a 13-year-old girl in a campus stairwell, allegedly by a church worker.

Authorities, however, fear some parishioners in the large, tight-knit south Tulsa congregation may choose to pray about the allegations rather than provide concrete evidence.

Police said this week that the worldwide ministry's pastor and co-founder, Sharon Daugherty, whose daily broadcasts are beamed via satellite to more than 200 countries, knew about the abuse allegations, but trusted ministry employees to follow in-house policies on reporting such incidents.

Former church employee Chris Denman, 20, was arrested Sept. 5 for allegedly raping a 13-year-old girl in a stairwell before a church service on Aug. 13. He also is charged with molesting a 15-year-old girl sometime between Aug. 13 and Aug. 17. He has pleaded not guilty and faces an Oct. 11 preliminary hearing, court records show.

Another ex-employee, 23-year-old Israel Shalom Castillo was arrested Thursday morning after turning himself in at the Tulsa jail. He is charged with making a lewd proposal to a child and using a computer to commit a sex crime.

Prosecutors this week also charged five church employees — including Daugherty's son and daughter-in-law, who are both youth pastors — for failing to report the alleged assault between Aug. 15 and Aug. 30. John Daugherty, Charica Daugherty, Paul Willemstein, Anna George and Harold "Frank" Sullivan each face one misdemeanor count of failing to report child abuse and are due to be arraigned Wednesday in Tulsa County District Court.

Tulsa attorney Jason Robertson, who is representing the five employees, did not return a phone message seeking comment Thursday afternoon. An assistant in his firm indicated he was out of town.

The ministry — founded in 1981 by Sharon and the late Billy Joe Daugherty and shaped in a similar mold to Tulsa televangelist Oral Roberts' charismatic Christian ministries — issued statements this week accepting responsibility for the lapse in reporting. A request to interview Daugherty was declined by a public relations firm hired by Victory Christian Center.

In a statement to The Associated Press issued Wednesday, the church said its employees failed to follow a written policy requiring any allegation of abuse to be reported by employees to the state's Department of Human Services, and internally within one hour to their department head and the director of human resources.

The church explained that staff in the ministry's youth department learned of the allegations and spent about a week checking it out before reporting it to supervisors and human resources. Once the complaint reached HR, "that department did not follow its own reporting policy," the ministry admitted in the statement.

It was unclear from the ministry statement which of the allegations the youth department checked into on its own.

Sullivan, the HR director, fired the two men Aug. 24, and then left a message with a member of the church who works with an anti-child trafficking organization to seek advice on whom to contact. Sullivan was advised to call police on Aug. 27. The ministry said Sullivan exchanged voicemails with an officer until Aug. 30, when they finally connected and the officer told Sullivan to dial 911, which he did that day.

"We deeply regret that our employees did not report these incidents to authorities within the proper amount of time. This failure within our organization weighs heavily on us, because our purpose is to help people and minister to their needs," the church said in the statement to AP. "Our internal response was unacceptable, and we are taking the proper steps to correct it."

The five employees charged with failure to report abuse have been suspended by the ministry while it decides disciplinary action, the organization said.

Police Det. Cpl. Greg Smith, who works in the child crisis unit, said the ministry has fully cooperated with investigators since the alleged abuse was reported.

Smith said police are pursuing cases involving at least two more victims and another suspect. In one of the cases, police have failed to connect with the accuser. In the other, the victim's parents are not cooperating, Smith said,

"They made a comment that the church is handling the situation and they're going to continue to pray about it," Smith said Thursday. "We're still hoping to convince them to go forward with it."