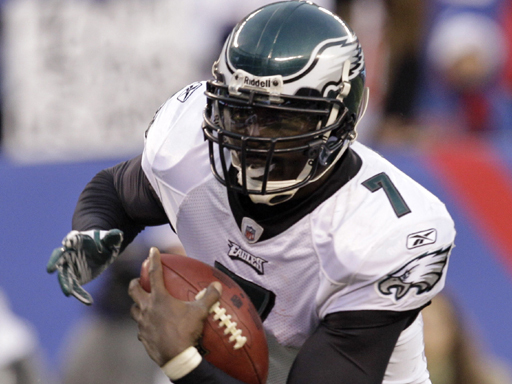 Political commentator Tucker Carlson, filling in for Fox News host Sean Hannity Tuesday, told a news panel that he believes Michael Vick is not only undeserving of a second chance after being convicted on dog fighting charges, but that he deserves to die.

The panel had been discussing President Barack Obama's praise of the Philadelphia Eagles for giving Vick a second chance to start at quarterback. Mr. Obama has said that while he believes Vick's crimes are bad, it is important to give felons a second chance in a society that normally rejects them.

In response to Obama's praise of the Eagles, Carlson said:

"I'm a Christian, I've made mistakes myself, I believe fervently in second chances. But Michael Vick killed dogs, and he did in a heartless and cruel way. And I think, personally, he should've been executed for that. He wasn't, but the idea that the President of the United States would be getting behind someone who murdered dogs? Kind of beyond the pale."

Eagles owner Jeffrey Lurie said over the weekend that Mr. Obama called him and told him: "So many people who serve time never get a fair second chance."

Lurie said Mr. Obama was "passionate about it," adding that the president said "it's never a level playing field for prisoners when they get out of jail. And he was happy that we did something on such a national stage that showed our faith in giving someone a second chance after such a major downfall."

Vick served 18 months in federal prison after getting convicted in federal court on dog fighting charges.

Vick joined the Eagles last year following his release from prison, but didn't play much. But he took the starting quarterback job early this year, and has led the team to the playoffs while compiling numbers some think are worthy of him winning the league's MVP award.

However, he has continued to spark controversy over his past, especially when he recently said in an interview that he would like to own a dog again.