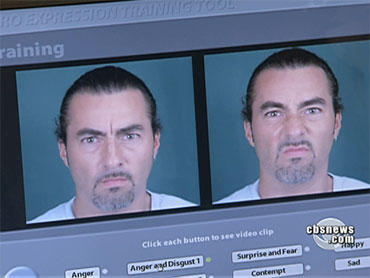 Times Square bombing suspect Faisal Shahzad was arrested after he boarded a plane headed for Dubai, though the government is spending millions each year on a program that's supposed to spot terrorists before they reach the gate. As CBS News chief investigative correspondent Armen Keteyian reports, the program doesn't seem to be working.

They look for unique facial expressions and body language that may identify a potential threat. About 3,000 of these officers work at 161 U.S. airports -- costing taxpayers nearly $200 million in 2009. This year, the TSA asked Congress for $20 million more to expand the program.

But CBS News has learned that the program is failing to catch terrorists. It's never even caught one.

The GAO uncovered at least 16 individuals later accused of involvement in terrorist plots flew 23 different times through U.S. airports since 2004. Yet none were stopped by TSA behavior detection officers working at those airports.

"It's a disgrace," said aviation security analyst Charles Slepian. "Why didn't they stop them? If it worked, you would catch them."

Scientists are split over whether it's even possible to recognize terrorists simply by behavior detection. A 2008 report found no evidence it works.

"TSA is doing a number of things in the area of behavior detection and I personally think that some of them are shams," said Stephen Fienberg, a professor at Carnegie Mellon University.

In a statement Wednesday, the TSA called the program a "vital layer" of security, "based in science," that has resulted in more than 1,700 arrests for "illegal activities" like drug smuggling.

The report based on the GAO investigation is due out Thursday. It will recommend across-the-board improvements in the program - ones the TSA is expected to accept.

More on the TSA from 60 Minutes: