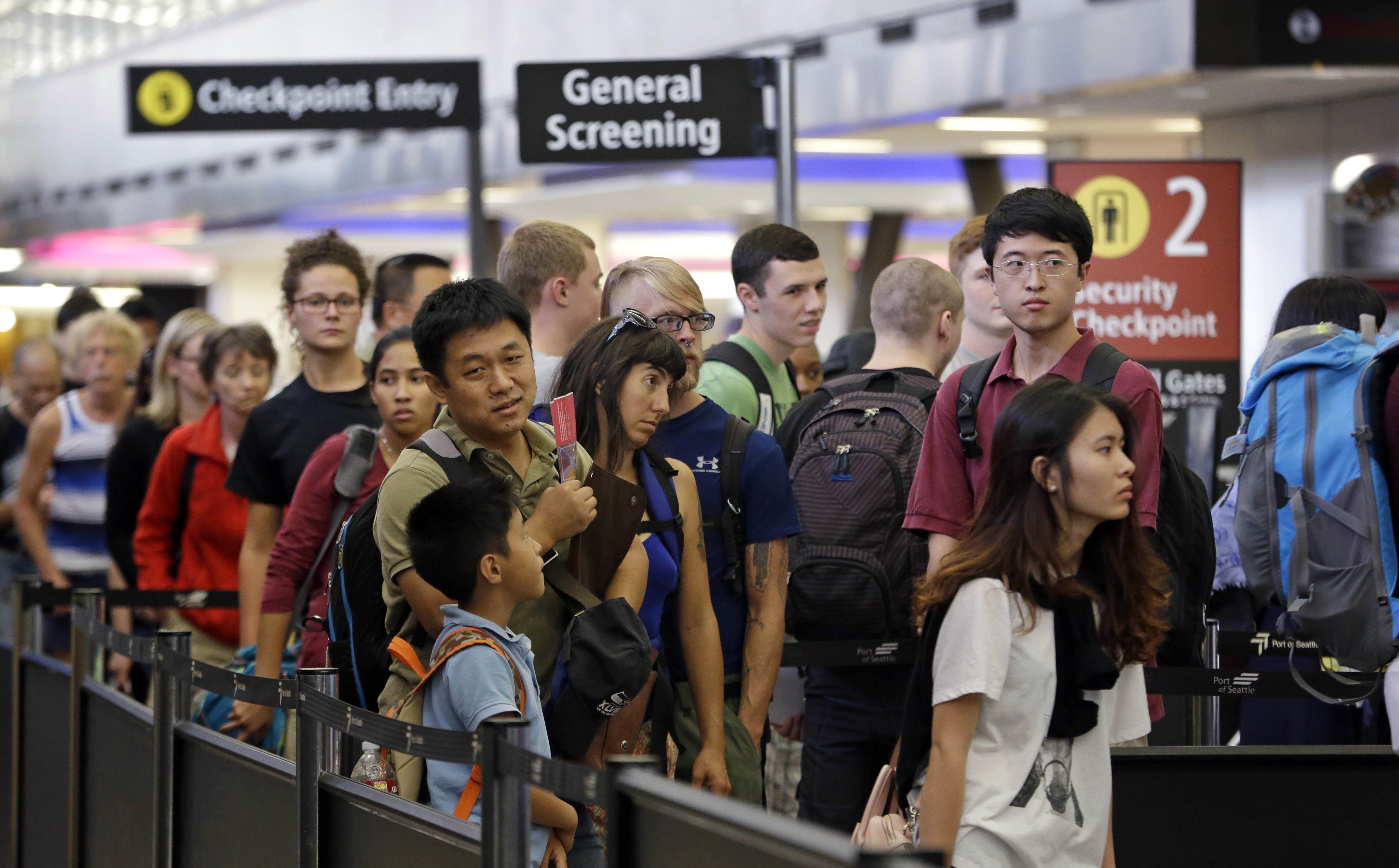 Airports nationwide have seen security checkpoint lines double in size. There is real concern from airlines, airports and flyers about what the lines at TSA checkpoints will look like this summer.

American Airlines says in just one week last month, nearly 6,800 of their domestic passengers missed their scheduled flights because of long security lines.

Nationally, the number of Transportation Security Administration screeners is down 15 percent since 2011. The agency has been taking fire from Congress.

Security lines at Seattle Tacoma International Airport - or SEA-TAC - can stretch over an hour. Officials here said Tuesday they will hire private contractors to help with administrative duties to free up the TSA to focus solely on screening, as the airport explores dropping the agency altogether.

"We're going to investigate what it would take to privatize, we're looking at other airports that have privatized," said SEA-TAC Managing Director Lance Lyttle.

Major airports across the country told CBS News they've seen their security wait times swell. The lines at Phoenix Sky Harbor can be 45 minutes or longer.

In Atlanta and Minneapolis-Saint Paul, you could clock nearly an hour before TSA inspects your carry on. TSA administrator Peter Neffenger said the long lines are a security concern.

"We have very high passenger volumes right now," Neffenger said. "I do have concerns about long wait times because it does gather people up and in addition to being an inconvenience for the traveler, which is no small problem, it does propose a potential challenge with respect to large crowds of people."

Earlier this year, Hartsfield-Jackson Atlanta International Airport - fed up with a TSA that is "woefully understaffed" - said they are considering "privatizing the security screening process."

"We're working very hard to dramatically improve our ability to move people through, shifting resources to the highest-volume airports, front-loading our hiring to those airports, training more people than we've ever trained before," Neffenger said.

So how did we get here?

There are a number of factors that are coming together, including an increase in passengers, increased focus on screening as opposed to efficiency and far fewer Americans who have signed up for TSA PreCheck than the agency hoped for.

There has also been a budget cap on the number of TSA screeners the agency can hire and train.

Neffenger said the agency is rapidly filling open positions but he will likely need to ask Congress for more screeners.

The history of the filibuster — and how it's been used over the years
View CBS News In
CBS News App Open
Chrome Safari Continue
Be the first to know
Get browser notifications for breaking news, live events, and exclusive reporting.