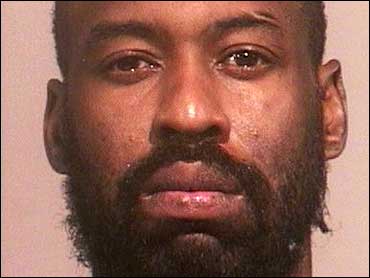 A U.S. Army veteran arrested after trying to check luggage containing pipe bomb-making materials onto a flight home explained that he wanted to show his friends there how to make them, authorities said.

Investigators were questioning whether Kevin Christopher Brown had ever been to Iraq - where he told them he'd seen similar bombs made, according to court documents - and looking into his mental health history after his arrest Tuesday at Orlando International Airport.

Authorities and airline officials repeated their assurances Wednesday that passengers were never in danger.

Cleveland Laycock, a manager in TSA's behavioral detection program who was walking in civilian clothes, first spotted Brown approaching the Air Jamaica ticket counter. He told a uniformed subordinate to watch the man, and soon that officer called another for backup.

Behavior detection officers Frank Skowronski and Jose Zengotita wouldn't specify what Brown did that looked suspicious, saying it would undermine TSA's strategy. But they generally study facial expressions and body posture for fear, stress and deception.

"When he came up to ticket counter, he wouldn't look at anyone directly," Skowronski said.

The officers watched Brown drop off two bags to be checked, and had security officials set them immediately aside.

Inside were two glass vodka bottles containing nitromethane, a colorless liquid used as a fuel for drag racing, in manufacturing and as a cleaning solvent, the FBI said in a court filing. Brown told officials he hoped the liquor bottles would disguise the nitromethane, the document states.

Dave Platt, a TSA bomb appraisal officer who searched the luggage, described the instructions as something that could be downloaded from the Internet.

He said the bags held virtually everything necessary to make a pipe bomb, and someone of his experience could have assembled it in about 15 seconds. But he said Brown's operation appeared to be "at the beginning stages of somebody starting to mess around, making pipe bombs."

"But regardless of whether they're new at the game or not ... when you make a pipe bomb, it still could kill you, whether you're a novice at it or you're really good at it."

Passengers were briefly cleared out of the ticketing area where Brown checked in for a flight to Montego Bay in Jamaica. Some flights departing Orlando were delayed up to two hours, airport spokeswoman Carolyn Fennell said.

Air Jamaica executive director Shirley Williams said the items could not have caused an explosion and the aircraft and its passengers were never at risk.

Brown first told authorities he wanted to detonate the materials on a tree stump in Jamaica, but later said he was going to show friends in his home country how to build explosives like he saw in Iraq, according to an FBI criminal complaint.

Brown did not speak at a brief court hearing Wednesday where he was ordered held without bail. Clarence Counts, his court-appointed public defender, declined to comment as he prepared for a formal bond hearing Thursday.

Brown, a Jamaican national, joined the Army in June 1999 and was discharged in December 2003, said Army spokesman Maj. Nathan Banks. Brown was stationed in Germany and was most recently a logistical specialist with the 690th Medical Company based in Fort Benning, Georgia, Banks said.

Mary Kay Hollingsworth, a spokeswoman for the North Florida/South Georgia Veterans Health System, said Brown had been receiving care at the Malcom Randall Veterans Affairs Medical Center in Gainesville. She said privacy laws prevented her from saying when he was there or what type of treatment he received.

Brown's mother-in-law, Karen Holt, told the Orlando Sentinel that Brown had been deployed to Iraq and that he was not the same after returning.

"This is not him," said Holt, who lives in North Charleston, South Carolina. "It has to be a mental issue for him. I know if they looked through his medical records ... I'm sure they will see ... He's not a terrorist."

Brown met Holt's daughter three years ago while serving in the Army and the pair separated a year later, Holt said.

TSA began pilot testing behavior detection officers in Orlando and other places in 2003, and steadily expanded the program. TSA Administrator Kip Hawley told The Associated Press such officers were already operating at every major domestic airport, and the agency would have 2,500 nationwide by year's end.

Brown is charged with one count of attempting to carry an explosive or incendiary device on an aircraft. The FBI believed his most recent address was in Gainesville, and that he was in the U.S. legally.

Jamaica's prime minister has ordered the Jamaica Constabulary Force to investigate Brown's activities in that country.