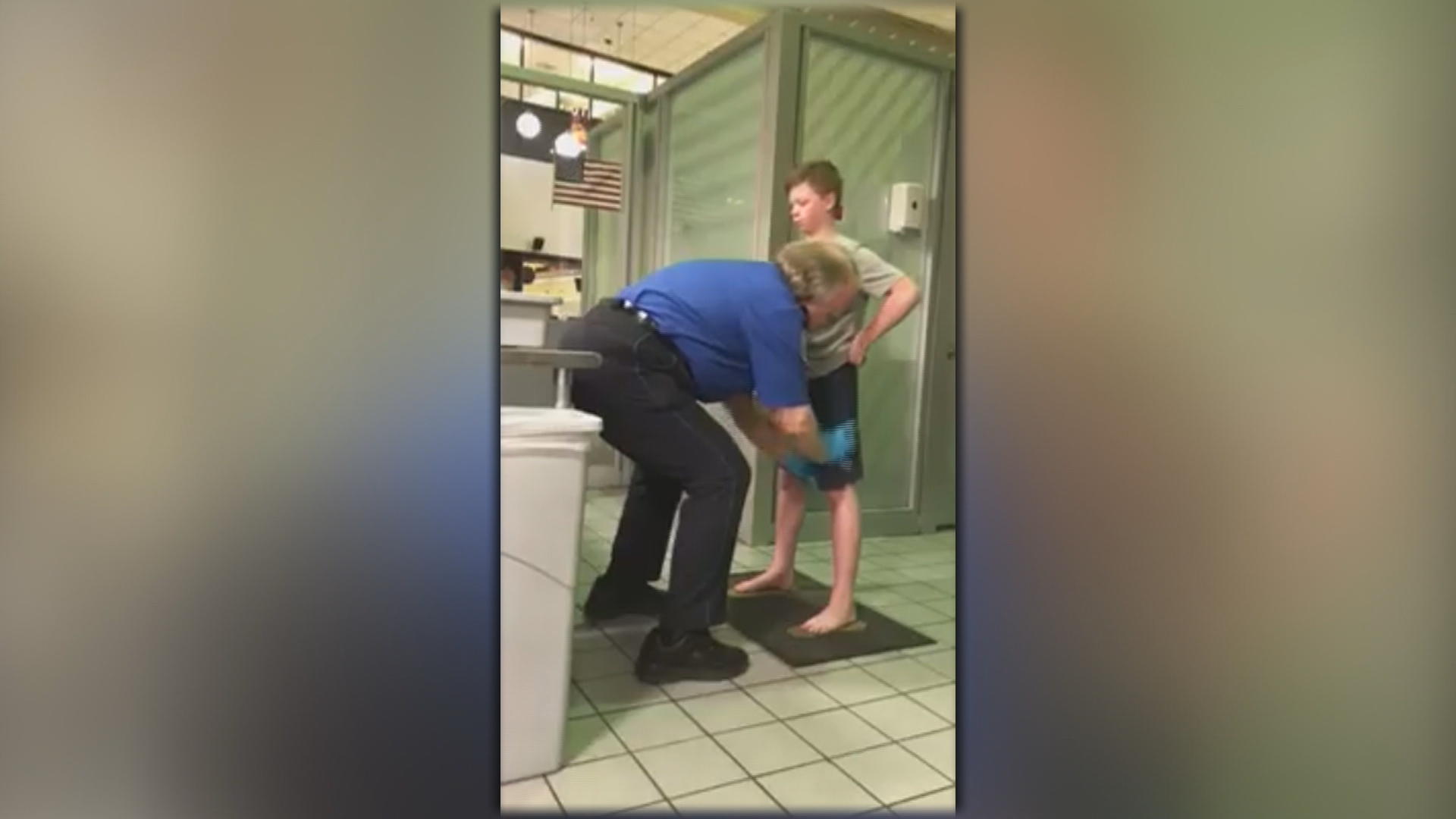 A mother is outraged with the Transportation Security Administration after she said officers treated her family “like dogs” at the Dallas/Fort Worth International Airport. Jennifer Williamson posted a video to Facebook on Sunday that shows a TSA agent thoroughly patting down her 13-year-old son for about two minutes. She said her family spent about an hour at the checkpoint and missed their flight.

The TSA said the procedures performed by the officer in the video met new pat-down standards that went into effect earlier this month, reports CBS News correspondent Omar Villafranca. Instead of several variations, there is now just one full-body pat-down.

“We were treated with utter disrespect as if we were criminals,” Williamson said in an interview you’ll see only on “CBS This Morning.”

She turned her anger into action, recording a TSA officer and posting it on Facebook.

“I believe he was patted down excessively. They went over his sensitive areas, a little more than necessary, especially given that he wasn’t wearing bulky clothing or anything like that,” Williamson said.

Williamson said the whole thing started when agents found a laptop in his book bag as it went through the scanning machine. They then said her son would have to submit to a pat-down, even though he did not set off the body scanner. She requested they screen him in other ways because her son suffers from sensory processing disorder, which makes him sensitive to touch.

In the Facebook video, the agent explained the procedure and then patted down his backside, front and down his legs. His supervisor who was observing them then instructed the man to complete the final step. As per policy, the TSA officer used the back of his hands for pat-downs over sensitive areas of the body.

The TSA said the boy cooperated during the screening process and all approved procedures were followed. As for the wait time, in a statement, the agency said the passengers were at the checkpoint for “approximately 45 minutes, which included the time it took to discuss screening procedures with the mother and to screen three carry-on items that required further inspection.”

“His first question to me was, ‘I don’t understand why they did this. I don’t know what I did wrong,’ and to me that was a sign of trauma for him to think that he had done anything wrong,” Williamson said.

New TSA procedures took effect on March 2. The administration consolidated different variations of the pat down into one uniform standardized procedure using enhanced security measures. The change is partly the result of an undercover audit in 2015 by the Inspector General’s Office of Homeland Security that revealed major lapses in security.