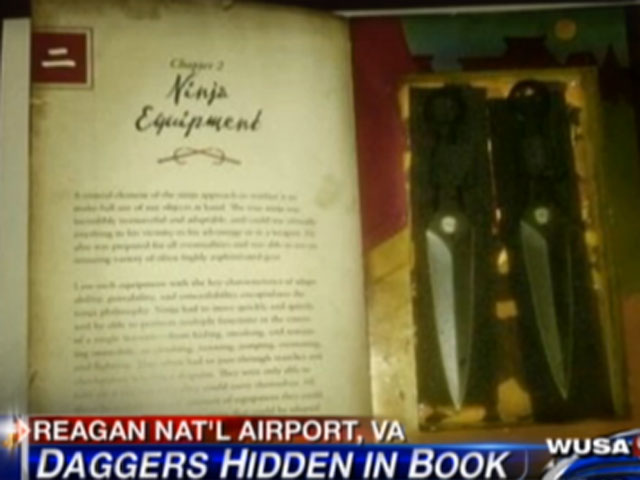 What could be more suspicious these days than a person with an actual book?

A TSA spokesman says a passenger was stopped Monday when officers found the knives in the person's carry-on bag during X-ray screening, CBS affiliate WUSA reported. The daggers measured just over a half-foot long and were hidden in the hard-cover book.

The passenger was flying to Chicago and surrendered the knives and book.

WUSA reports there are no plans to file charges, since investigators determined the passenger was not a security threat.

Why the person was transporting the knives hasn't been made clear.