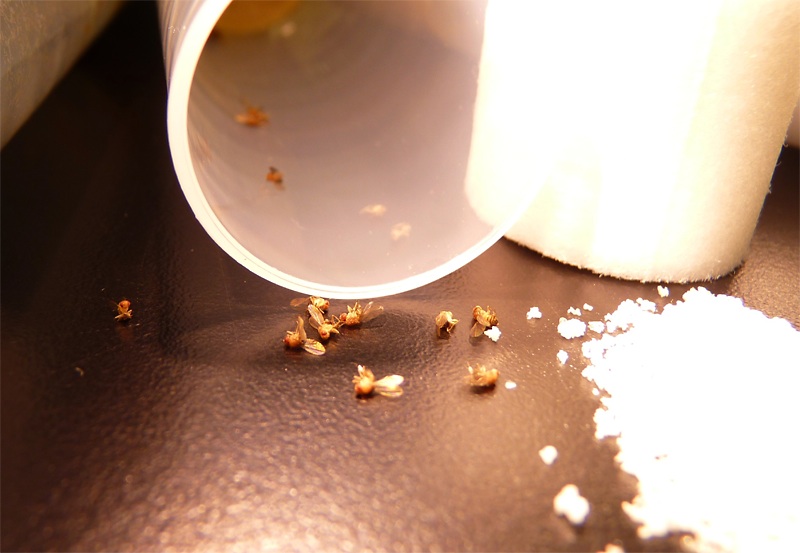 Erythritol, the main component of the sweetener Truvia, has a new, unexpected application -- it may be used as an insecticide. And a sixth grader can take part of the credit for this unusual discovery.

Fruit flies who consumed Truvia had a average lifespan of just 5.8 days, while flies who didn't eat it lived between 38.6 and 50.6 days. The study is published in the journal PLOS ONE.

"The more you get them [fruit flies] to consume erythritol, the faster they die," Sean O'Donnell, a professor of biology at Drexel University in Philadelphia, told CBS News.

A large body of research has proven the sweetener is safe for humans. Scientists say further study is needed to see if it could be a used as an effective form of pest control.

Interestingly, the idea for the study came from the young son of one of the researchers. Simon D. Kaschock-Marenda, currently a ninth grader, came up with the concept three years ago.

"I would have never studied it first without the initial inquisitiveness of a sixth grader," Simon's father, study co-author Daniel R. Marenda, an associate professor of biology at Drexel, told CBS News.

When Marenda and his wife decided to cut sugar from their diets and switch to artificial sweeteners, it gave Simon an idea for his science fair project.

"He wanted to test how healthy they [sweeteners] were," Marenda said. Simon decided to test them on fruit flies.

Simon and his father went to the supermarket and bought every kind of sweetener they could find on the shelves. Then they went to Marenda's lab and prepared food for the flies that included different kinds of sweeteners. They put the flies in vials and fed them with the prepared food. After six days, Simon discovered that all the flies fed with Truvia were dead.

Further experiments showed that it was in fact a specific compound, erythritol, that was responsible for Truvia's toxic effect on the flies.

And now the researchers are trying to develop it into a pesticide that people will be able to use on fruit flies, and possibly other insects.

"We are hoping to develop it into a human-safe insecticide," O'Donnell said.