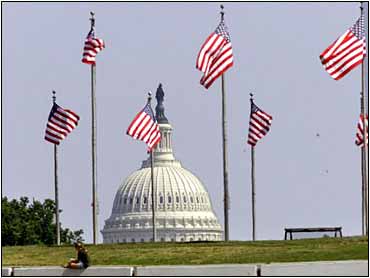 The new anti-terrorism legislation, humbly called the USA Patriot Act of 2001, reminds me of the old Cold War slogan that former President Ronald Reagan used to throw around. Whether it's the American people and their relationship with Congress or Congress and its relationship with the law enforcement community, this new law is all about trusting but verifying.

The people will have to trust Congress when it says that the expanded law enforcement powers are not overbroad or otherwise violative of the civil liberties we all enjoy. Congress, for its part, will have to trust the law enforcement community's assurances that the broad new powers it has just been given will not be abused to go after all manner of civilians, sinister or not. Meanwhile, for good measure, the people, their legislators, the cops and the prosecutors all will have to have some degree of trust that the federal judiciary will fairly and wisely interpret the new standards enacted in the wake of the terror attacks of Sept. 11.

It's a fairly simple equation; either you trust that your elected and appointed officials are serious about going after terrorists and terrorism and are not interested in taking advantage of these trying times to get a leg-up on common criminals or you don't. If you have this trust, the new legislation reads and feels like a reasonable response to what happened at the World Trade Center and the Pentagon. The law as it comes out of Congress isn't perfect but no law ever is. And certainly law enforcement officials needed new powers to catch up to the new technologies (like cell phones and computer e-mail) which the terrorists were using on and before Sept. 11. If you trust your government, you probably trust it enough to separate the wheat from the chaff when it comes to expanded surveillance and stiffer penalties and longer detention periods.

If, on the other hand, you don't have that trust, the new legislation reads and feels like an ominous expansion of police powers which is an order of magnitude more intrusive than what has come before. The distrustful among you have a right to ask, it seems to me, why the same officials who did such a lousy job of predicting and preventing the terror attacks ought to be given even more room to roam about the country looking for bad guys. Surely, this argument goes, in their zeal to "make up" for what happened six weeks ago, law enforcement officials will throw into jail as a result of this new legislation people who really don't have anything at all to do with terrorism and terrorists.

But whether you trust Congress and the cops or not, you ought to feel a little reassured that the new law isn't set in stone and that it isn't without its checks and balances. First, Congress has included in the new legislation four-year "sunset provisions" which will effectively end the effect of the law at the end of 2005 unless Congress decides to renew it. This is no small thing. It's a hard-fought compromise betwen the executive and legislative branch which means that if the law's provisions aren't working for any number of reasons- if, say, law enforcement officials are relying upon them to abuse the citizenry or if federal judges are interpreting them in a manner which is inconsistent with the legislative intent-- Congress need do nothing in four years and the laws will simply go away.

Sunset provisions aren't in every piece of legislation and the fact that one has been included here means that legislators are willing to give the new law enforcement powers a tryout but not a lifetime guarantee.

The Politics Of Hurricanes

Another thing which ought to ease concerns about the new anti-terror provisions are that there are a number of external disincentives against excessive government action. Take the new definition of "domestic terrorism," for example, which has some folks alarmed that regular old protestors or criminals will easily be labeled "domestic terrorists" and thus subjected to legal sanctions more onerous than those which exist for regular old crooks. All the new legislation does in this area, however, is make the definition of "domestic terrorism" equal that of "international terrorism" and certainly there hasn't in the past been a problem with over-prosecution of those suspected of being "international terrorists."

Will that change now, after Sept. 11? Perhaps. But why predict that this will be so? The most fearful civil libertarians still have to ask (and answer) what possible incentive there is or will be for law enforcement officials to make mountains (domestic terrorists) out of molehills (rioters or protestors or the like) in an era when law enforcement already is stretched to the limits when it comes to time, energy and money. And even in those cases in which people who are run-of-the-mill suspects are caught up in some anti-terror dragnet, shouldn't we assume that federal prosecutors won't want to waste their time on anything other than the real-deal?

Finally, even if some overzealous prosecutor tries to make an example out of some poor WTO protestor, shouldn't we also assume that no federal judge worth his or her salt will allow such a case to proceed very far? How about all the appellate reviews?

Cops who have more important things to do will verify whether these new laws are enforced reasonably. Prosecutors will, too. So will judges and appellate judges and Congressional oversight committees and the like. It's clear that Congress has taken a huge step forward with this legislation; that in many ways it is stepping out into uncharted territory. But it is also true that Congress is aware of how much of a stretch its new law enforcement paradigm is from where we've been the past few decades or so.
That's a good sign.