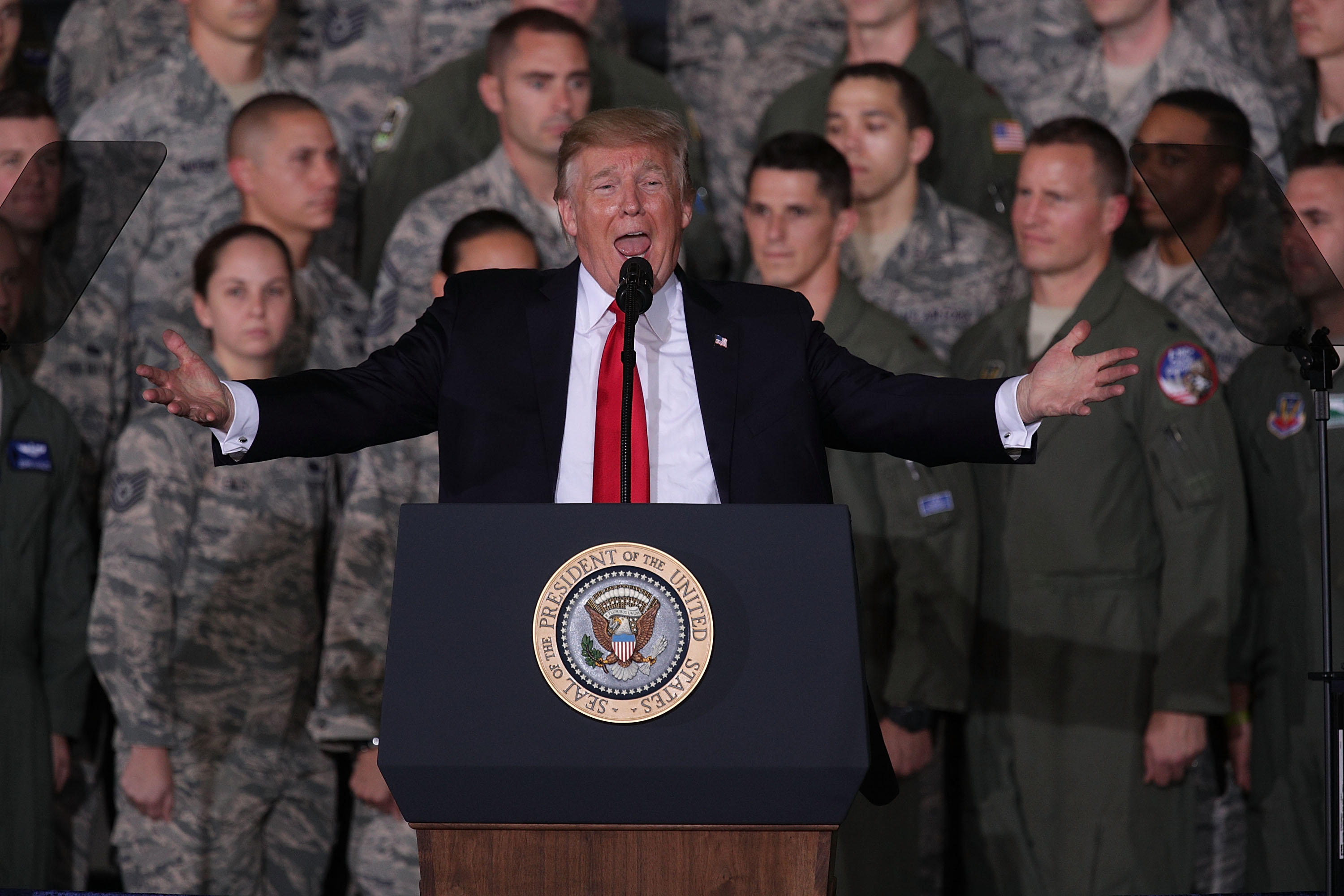 President Trump spent at least some of his Sunday morning online, tweeting about a phone call with South Korea's president while also taking time to retweet posts from other Twitter users.

Mr. Trump tweeted that spoke with South Korean President Moon Jae-in last night, saying that he had asked the leader "how Rocket Man is doing." It's unclear if Mr. Trump was referring to North Korean dictator Kim Jong Un.

"Long gas lines forming in North Korea. Too bad!" he added, possibly referring to a new round of sanctions approved against North Korea following the country's latest nuclear provocation.

An official White House readout of the call released shortly after the president's tweet said Mr. Trump and the South Korean president "committed to continuing to take steps to strengthen deterrence and defense capabilities and to maximize economic and diplomatic pressure on North Korea."

The statement said both leaders "noted that they will continue their close consultations next week when they meet on the margins of the United Nations General Assembly."

After tweeting about North Korea, the president then appeared to shift to addressing his supporters directly, retweeting posts including one showing a cartoon of Trump hauling goods like Oreos, a Ford automobile and coal across a body of water.

He followed that up with a retweet of a red electoral map with text reading: "keep it up Libs," and "This will be 2020." He then retweeted an image of a train wearing a giant Make America Great Again hat.

Mr. Trump also retweeted a GIF showing the president swinging a golf club, and Hillary Clinton falling while boarding a plane -- making it appear as if Mr. Trump hit her with a golf ball. The post included the hashtag #CrookedHillary.

Later Sunday morning, Mr. Trump posted that he had "important meetings and calls" scheduled for the day, before retweeting two of his own posts from Friday about "loser terrorists" and the travel ban.

The president has used Twitter regularly as a means to connect with his base. He has over 38 million Twitter followers.