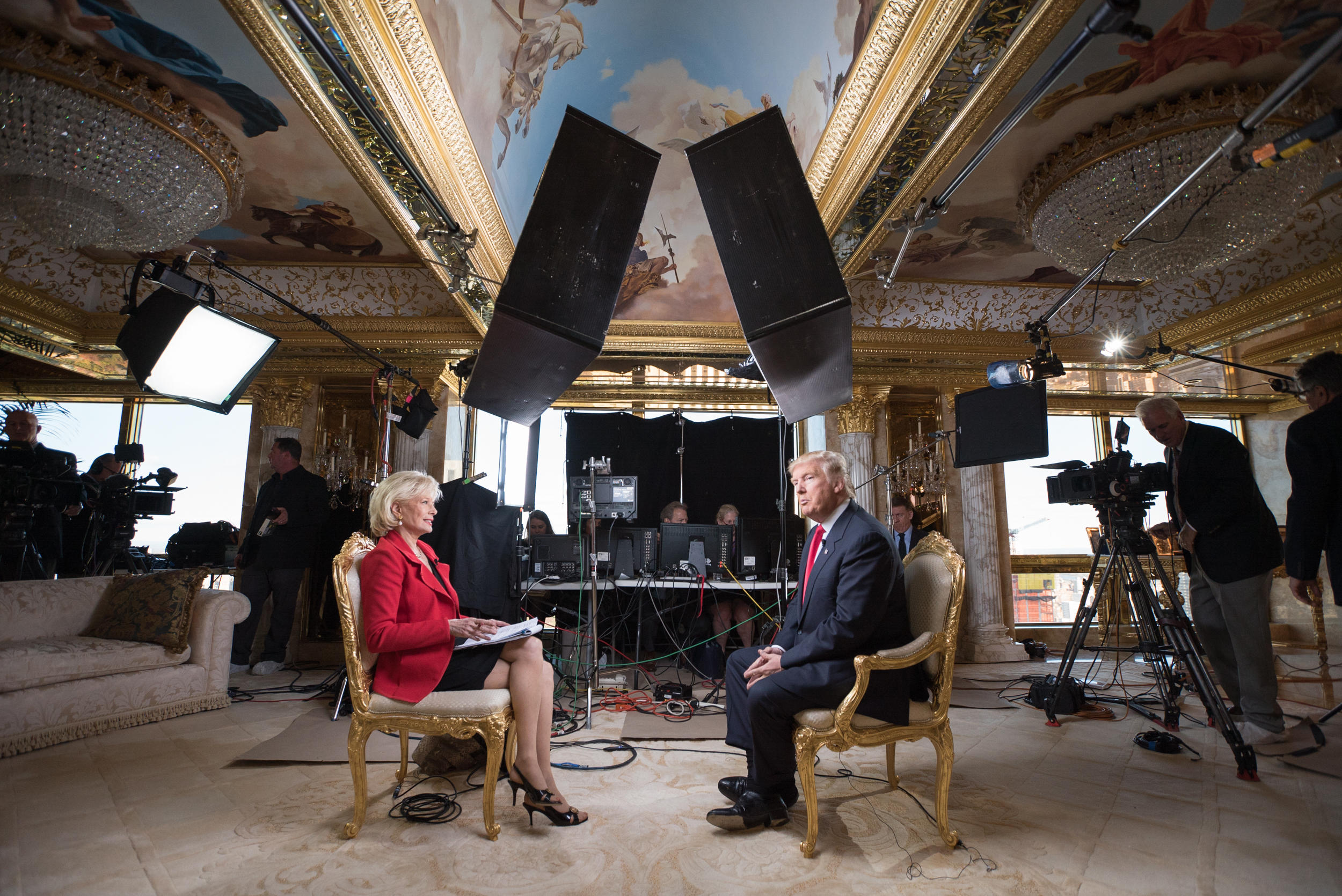 President-elect Donald Trump says he will not throw out all parts of the Affordable Care Act he said he would do away with before the election. In his first post-election television interview, he said he will keep the portions covering people with pre-existing conditions and children living at home under the age of 26.

Trump also said Hillary and Bill Clinton called him separately to offer congratulations, characterizing the former president as “gracious” in his call and his former opponent in her call “couldn’t have been nicer.” The interview, in which Lesley Stahl also speaks to the Trump family, including Melania, Ivanka, Tiffany, Eric and Donald, Jr., will be broadcast Sunday, Nov. 13 at 7 p.m. ET/PT.

Excerpts of the interview appeared on the CBS Evening News with Scott Pelley. Transcripts of the excerpts are below.

LESLEY STAHL: Let me ask you about Obamacare, which you say you’re going to repeal and replace. When you replace it, are you going to make sure that people with pre-conditions are still covered?

DONALD TRUMP: Yes. Because it happens to be one of the strongest assets.

DONALD TRUMP: Also, with the children living with their parents for an extended period, we’re going to...

LESLEY STAHL: And there’s going to be a period if you repeal it and before you replace it, when millions of people...

DONALD TRUMP: We’re going to do it simultaneously. It’ll be just fine. That’s what I do. I do a good job. You know, I mean, I know how to do this stuff. We’re going to repeal it and replace it. And we’re not going to have, like, a two-day period and we’re not going to have a two-year period where there’s nothing. It will be repealed and replaced. I mean, you’ll know. And it’ll be great health care for much less money.

LESLEY STAHL: Hillary called you. Tell us about that phone call.

And I said, “I want to thank you very much, you were a great competitor.” She is very strong and very smart.

LESLEY STAHL: What about Bill Clinton? Did you talk to him?

DONALD TRUMP: He did, he called the next day.

LESLEY STAHL: What did he say?

LESLEY STAHL: What did he say?

DONALD TRUMP: And he couldn’t have been more gracious. He said it was an amazing run. One of the most amazing he’s ever seen. He was very, very, really, very nice.

LESLEY STAHL: You know, you said you might call President Obama for advice. Would you think of calling President Clinton for advice?