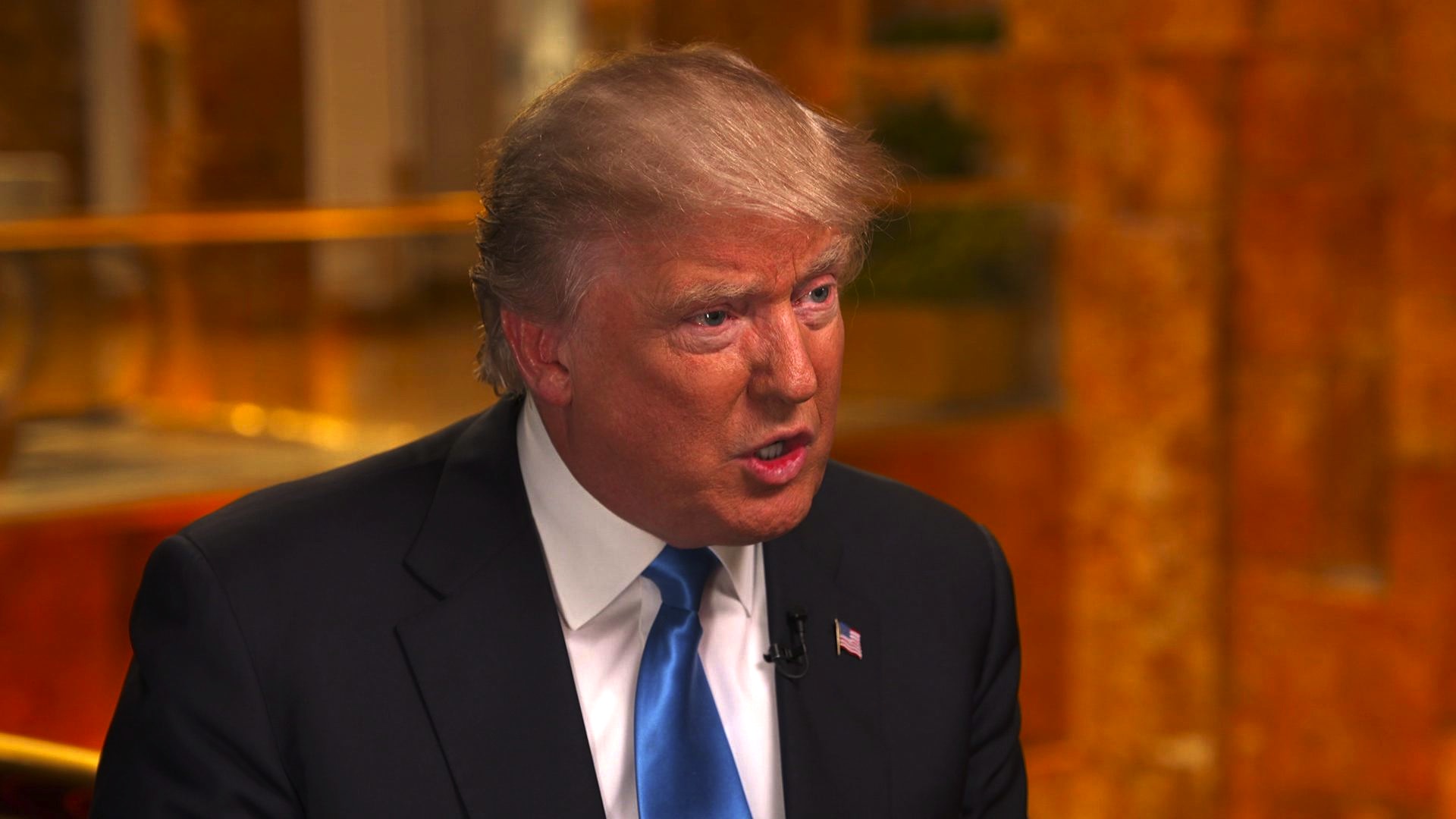 " All of these experts - 'Oh, we need an expert!' The experts are terrible," Trump said.

Trump expressed similar sentiments all weekend in Wisconsin, where he is locked in a tight race with Sen. Ted Cruz. Multiple polls show Cruz as the favorite to take most of the state's 42 delegates.

"And I'm not knocking them," Trump continued. "I'm just saying the world is a mess. We've helped make it a mess. We've totally destabilized the Middle East."

Over the weekend, Trump also took aim at NATO, which he has frequently derided as a relic of the Cold War.

"I said here's the problem with NATO: It's obsolete...Big statement to make when you don't know much about it, but I learn quickly."

Trump's foreign policy proposals have been faced with much scrutiny in recent weeks, particularly after he gave wide-ranging interviews to the Washington Post and the New York Times. He has suggested that he would be okay with the dismantling of NATO and that eventually Japan and South Korea might have to become nuclear powers -- positions that run counter to decades worth of American foreign policy doctrine.

In the Times interview, Trump also did not seem to know that the United States retains numerous restrictions on American companies doing business with Iran. Trump has since criticized these regulations while still blasting the Iranian nuclear deal as a giveaway to Tehran.

At least one of Trump's newly-acquired experts, meanwhile, say that some of the candidate's bellicose rhetoric is just bluster. Walid Phares, a Trump advisor, said in an interview with NPR late last month that Trump's support of torture in certain situations should not be taken too seriously.

"I think Mr. Trump, because we are in a political season, he's making those statements, but when he will come to the White House ... then he's gonna be tasking experts to answer that question, and I'm not sure that the experts are gonna recommend any form of torture," Phares said.