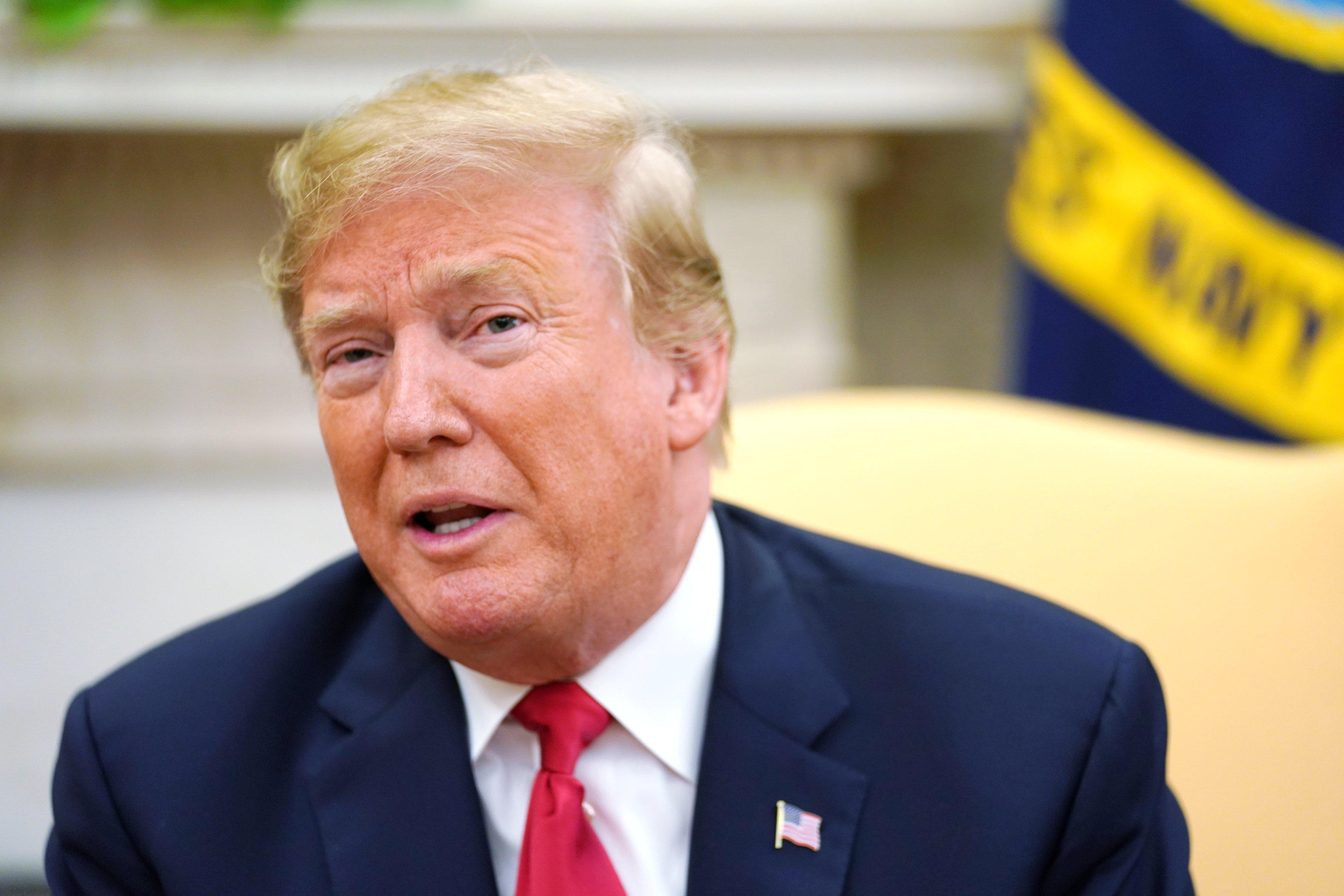 President Trump is telling Norway and other North Atlantic Treaty Organization allies it's time for them to pay their fair share of defense spending. He wrote to Prime Minister Erna Solberg of Norway last month and pointed out that her country "remains the only NATO Ally sharing a border with Russia that lacks a credible plan to spend 2 percent of its gross domestic product on defense."

He recalled that when he and Solberg met, she had said Norway is the "second largest spender per capita on defense behind the United States." This, along with Norway's procurement of F-35 fighter planes and other defense equipment were "good first steps," Mr. Trump wrote in the June 19 letter. Nonetheless, he warned that it would "become increasingly difficult to justify to American citizens why some countries continue to fail to meet our shared collective security commitments."

The New York Times reported Monday that the president has sent similar letters to Germany, Belgium and Canada. Germany's estimated defense expenditure in 2017 was 1.24 percent of GDP; Belgium's was 0.9 percent, and Canada's was 1.29 percent, according to NATO.

The defense minister of Norway, Frank Bakke-Jensen, released a statement to CBS News saying that Norway "stands by" the Defense Investment Pledge made at the Wales Summit and has increased its defense spending by 24 percent since 2013. "Our investment share is currently at 27 percent, well above the NATO target," Bakke-Jensen wrote, referring to the fact that Norway is spending 27 percent on its defense budget on defense capabilities including combat aircraft, "maritime surveillance aircraft, submarines, intelligence capabilities and Army assets in order to increase Alleid and Norwegian security."

Though the president's irritation with NATO allies' spending is not new, tensions between the U.S. and its western allies have been on the rise. Just last month, he left a summit of world leaders early, signed and then retracted his endorsement of the leaders' joint statement, and accused Canadian Prime Minister Justin Trudeau of making "false statements" about tariffs. At the G-7 summit, the president also argued that Russia should be allowed back into the group, after its expulsion over its annexation of Crimea from Ukraine.

NATO allies still have concerns about Russia. The president's upcoming meeting with Russian President Vladimir Putin and his recent remarks that seemed to suggest he was open to recognizing Russia's annexation of Crimea are causing NATO's member states to wonder if the president is friendlier toward adversaries than allies.

The 2014 Wales Summit pledge committed NATO allies to spend "a minimum of 2% of their Gross Domestic Product" on defense, and "more than 20%" of their defense budgets on major equipment and related research and development. Those countries spending below this level were to "aim to move towards the 2% guideline within a decade."

At this point, according to NATO, allies spending 2 percent of GDP or higher in 2017 on defense are the U.S., U.K., Greece, and Estonia. Poland is close, at 1.99 percent and Romania, France, Latvia and Lithuania are above 1.7 percent. Norway's spending level was 1.62 percent.